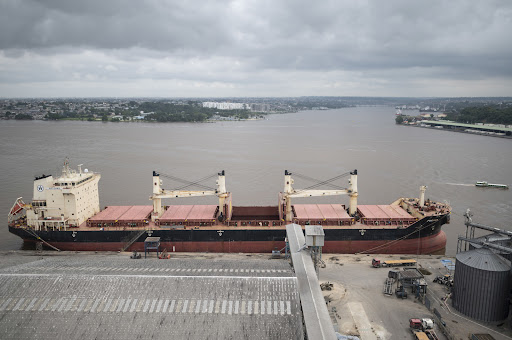 European governments are alarmed by a Russian disinformation campaign that seeks to deflect criticism that President Vladimir Putin’s war with Ukraine risks leaving millions of people in Africa facing famine.

Russian diplomats have gone on a media offensive in recent months to push the narrative that sanctions, rather than Russian blockades, are causing shortages of grains and fertiliser in Africa. The public relations onslaught shows how the months-long war in Ukraine is becoming a global propaganda battle as food, fuel and crop-nutrient prices surge.

EU and UK officials who have recently met their African counterparts at meetings in New York and Rwanda, expressed concern that the Russian message is gaining traction, said senior European diplomats who asked not to be identified. In response, European governments are increasing their engagement with leaders on the continent and boosting their own information campaigns to counter the Russian narrative, the diplomats said.

A senior European intelligence officer said the Kremlin has manufactured the debate to have sanctions lifted and intends to use the threat of global hunger as a bargaining tool in any future peace talks. Moscow has focused much of its influence operations on Africa and the Middle East, the official said.

The US and EU have not sanctioned any Russian agricultural products and say there is no link between penalties on Moscow and grain or fertiliser exports from Russia or Ukraine.

That has not stopped Russian embassy officials across Africa from placing the blame for the crisis on the West. Recent examples include Russia’s ambassador to Djibouti posting a graphic on Twitter accusing the EU of lying about gas and food shortages, while a Russian diplomat in SA wrote an editorial in the Mail & Guardian newspaper entitled “The Russian embassy rejects accusation of ‘provoking global famine’ spread by Western propaganda.”

Social media campaigns have amplified their messages, with Facebook pages parroting Kremlin talking points in French, targeting West African nations including Mali and Ivory Coast, according to Moustafa Ayad, executive director for Africa, the Middle East and Asia at the Institute for Strategic Dialogue, a London-based think-tank that analyses online disinformation. Online conspiracy communities in SA have also been targeted, he said.

The head of the UN World Food Programme, David Beasley, said Russia’s blockade of Ukrainian ports is a “declaration of war” on global food security, with 49-million people in 43 countries facing famine.

“Since the Ukraine war began, the price of food and fuel has risen dramatically in countries around the world,” he said on June 24. “Now, millions may starve.”

Global food prices surged to a record after Russia’s February 24 invasion disrupted exports of grain and vegetable oil through Ukraine’s Black Sea ports, adding to cost pressures from logistics snarl-ups and a rebound in consumer demand after the coronavirus pandemic. That has worsened a hunger crisis affecting countries such as Ethiopia, Kenya and Somalia.

While Ukraine and its US and European allies blame Russia for blocking exports and Moscow points the finger at Kyiv, UN-sponsored talks have so far failed to yield a compromise to resume deliveries.

The crisis is caused by Russia. Without that invasion we wouldn’t be in the situation we are in.

Before the war, Russia and Ukraine accounted for three-quarters of global sunflower-oil exports, about 30% of wheat and 15% of maize, according to the US department of agriculture. Shortages of grains have driven up prices, with global benchmarks for wheat and maize rising 22% and 12% respectively this year.

“The crisis is caused by Russia. Without that invasion we wouldn’t be in the situation we are in,” said Wandile Sihlobo, chief economist at the Agricultural Business Chamber of SA. “The price shock is inescapable and that is directly related to the war.”

Food costs account for 40% of consumer spending in Sub-Saharan Africa, compared with 17% in advanced economies.

In 2020, Africa imported $4bn of agricultural products from Russia, with 90% of that being wheat, while $2.9bn of wheat, maize, sunflower oil, barley and soy came from Ukraine, said Sihlobo. UN Food and Agriculture Organisation data shows that Eritrea and Somalia were almost entirely dependent on Russia and Ukraine for their wheat supplies in 2021, while Tanzania, Namibia and Madagascar relied on them for more than 60% of supplies.

Russian and Ukrainian harvests and exports have surged in the past decade and farmers in the region typically produce at lower costs than more traditional suppliers such as Canada and the US, which has helped to keep wheat prices lower. Their proximity to North Africa also reduces shipping costs versus suppliers further afield.

Part of Russia’s propaganda effort has been to amplify statements by African officials that can be seen as supportive of Russia’s argument. After AU president Macky Sall met Putin for talks on June 3 in the resort town of Sochi, Sall said sanctions have worsened the food crisis.

Russia can draw on its historical role of having supported liberation movements in parts of Africa during the wars and struggles against colonial and whites-only rule — backing that helped the former Soviet Union undermine the US and Europe as part of its Cold War strategy to gain influence in Africa. By contrast the UK and France, as former colonial powers, still attract suspicion.

“What we have seen are narratives focused very precisely on how the US is orchestrating this conflict along with Nato [North Atlantic Treaty Organisation] to starve the globe,” Ayad said. “Colonialism has to be taken into account with African disinformation. That’s what the Kremlin is counting on: calling out Western states rather than the Kremlin as an imperial force.”

The danger is “very big” that Putin will try to establish a narrative that the West is responsible for the famine threatening Africa, German foreign ministry spokesperson Andrea Strasse said on June 3. “This is a narrative that we want to strongly resist,” she said.

French President Emmanuel Macron said last week at the Group of Seven leaders summit in the Bavarian Alps that he will announce measures in September to intensify the “fight against disinformation”. At a press conference, he referred to Russia’s efforts to link the food crisis to sanctions as “fake news”.

The Russian propaganda campaign is also getting under the skin of the Americans.

“The Russian government’s attempts to deflect responsibility for its actions by blaming others for the worsening crisis in the global food system are reprehensible,” the US state department said in a June 22 statement entitled “Lying to the World About Global Food Security”.

“The Russian government should stop weaponising food and allow Ukraine to safely ship out its grain so that millions of hungry people in the Middle East and Africa can be fed.”

My Brilliant Career: Breathe in, breathe out, and suck those lozenges

My Brilliant Career: Breathe in, breathe out, and suck those lozenges