They were donated by Exxaro Resources, which in 2014 also relocated 10 white rhinos to Botswana to bolster an existing small population 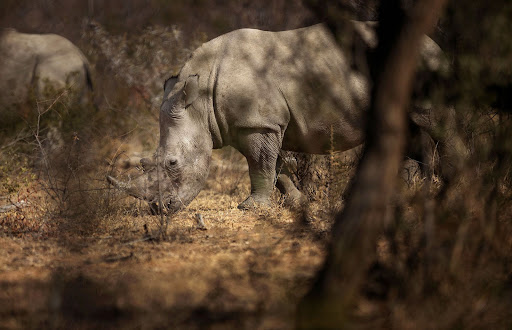 Mozambique has received 19 white rhinos from SA, the first to roam a key national park in more than four decades after the species were wiped out by poachers.

The relocation of the animals to Zinave National Park, part of the Great Limpopo Transfrontier Park that links SA, Mozambique and Zimbabwe, is the longest road transfer of rhinos ever done and is expected to boost tourism, the Peace Parks Foundation said in a statement on its website. To date, the park has introduced 2,400 game animals after numbers were decimated by a 15-year civil war.

The return of rhinos will turn the 4,000km2 park into a sought-after tourism destination, said Werner Myburgh, CEO of the foundation, the conservation group that led the project. It is the only national park in Mozambique that has the “big five species” — elephant, rhino, lion, leopard and buffalo — he said.

“This will open doors for international investment and tourism development which in turn will generate income to sustain park operations,” Myburgh said. The rhino population at the park is expected to increase to more than 40 over the next two to three years.

The animals were donated by mining company Exxaro Resources, which in 2014 also relocated 10 white rhinos to Botswana to bolster an existing small population. The rhinos came from its Manketti Game Reserve in Limpopo, the company said on Wednesday in an emailed response to questions. Exxaro also plans to relocate black rhino to Zinave, it said.

More than 8,000 black and white rhinos — about a third of the global population — have been lost to poaching in Southern Africa over the past decade. They are targeted by poachers for their horns, which are ground up into powder and are believed to have medicinal properties in east Asia.

In May 2021, Zimbabwe reintroduced rhino at its Gonarezhou National Park for the first time in 30 years, after its rhino population was wiped out.