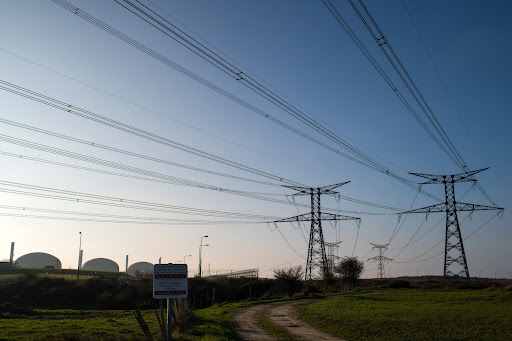 The French government will nationalise its financially struggling nuclear giant Electricite de France to help it ride out Europe’s worst energy crisis in a generation.

“The climate emergency requires strong, radical decisions. We need to have full control of the production and our energy future. We must ensure our sovereignty faced with the consequences of the war and the colossal challenges ahead,” Prime Minister Elisabeth Borne said during her policy speech in parliament in Paris on Wednesday.

“That is why I confirm today the intention of the state to hold 100% of the capital of EDF.”

Borne didn’t provide specific details on the nationalisation of EDF, which is 84%-owned by the state.

President Emmanuel Macron had said during his re-election campaign in March that part of the company should be nationalised to bolster French energy independence and its net-zero ambition by building new atomic plants.

EDF has been grappling in recent years with various issues at its ageing fleet of reactors and cost overruns when building new ones. Its problems are being worsened by a government price cap and Russia’s invasion of Ukraine, which is boosting the price at which the company must buy back its electricity output shortfall.

The plan signals that European governments may increasingly be forced to protect their energy companies from the turmoil Russia’s war has caused. Nationalising EDF would be a largely consensual move in French politics, one that is likely to see a divided lower house rally round Macron who lost his outright majority in elections in June.

Macron said earlier in 2022 that EDF will need a broad reorganisation and tens of billions of euros of public financing to help it build 6 to 14 new nuclear plants by 2050. The new power stations, along with swathes of new wind and solar power projects and very ambitious energy-savings targets, are part of France’s plan to be carbon-neutral by 2050.

A nationalisation of EDF may reassure creditors as the utility’s net financial debt, which stood at €43bn at the end of 2021, is set to soar despite a €3.2bn capital increase in April.

Credit rating firms, which downgraded the utility in February, warned of further potential cuts as the company is grappling with repairs at some of its atomic power stations and cost overruns at nuclear plants under construction in France and the UK.

In 2019, the French government was considering buying out minority shareholders as part of a restructuring to help fund the lifetime extension of EDF’s ageing nuclear plants — which produced 69% of the country’s electricity in 2021 — and invest more in renewables.

The plan stalled in 2021 after more than a year of discussions as the European Commission, which vets proposals that could be considered “state aid” to a company, asked for deeper separation of EDF’s various entities in exchange for higher regulated prices for its nuclear power.

Macron has asked the commission to consider an overhaul of Europe’s electricity market to make it less dependent on surging gas prices, with the EU’s executive arm yet to come up with solutions. Meanwhile, Spain and Portugal were given the green light to temporarily cap prices.

“France must also prepare for all scenarios regarding Russia gas supply, even the toughest,” Borne said. “We can hold up, but everyone will have to take action.” The government will increase home renovation subsidies to cover 700,000 households per year, she said.