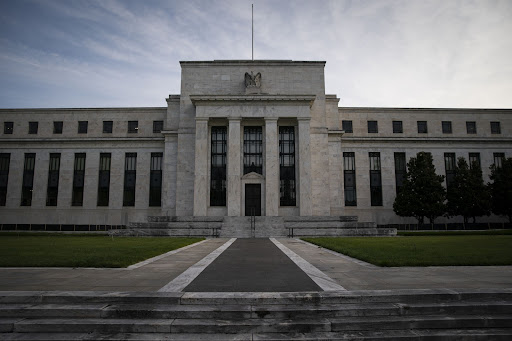 Federal Reserve officials agreed in June that interest rates may need to keep rising for longer to prevent higher inflation from becoming entrenched, even if that slowed the US economy.

Policymakers backed raising rates at their next meeting in July by either 50 or 75 basis points (bps), according to minutes of the federal open market committee’s June 14-15 policy meeting released on Wednesday in Washington. They viewed maintaining the central bank’s credibility to control inflation as crucial.

“Many participants judged that a significant risk now facing the committee was that elevated inflation could become entrenched if the public began to question the resolve of the committee to adjust the stance of policy as warranted,” the minutes showed.

Officials also “recognised that policy firming could slow the pace of economic growth for a time, but they saw the return of inflation to 2% as critical to achieving maximum employment on a sustained basis”.

Two-year Treasury yields, which are sensitive to Fed policy, remained higher after release of the minutes. Swaps traders held mostly steady at about 69 basis points the amount of Fed rate increases they foresee at their July meeting, meaning a half-point increase is seen a sure thing while a 75 bps move is almost certain. The dollar index pared its gains slightly and the S&P 500 index was little changed.

The Fed’s aggressive push to curb the hottest inflation in 40 years has convulsed financial markets as investors fret that tighter monetary policy will tip the US economy into recession.

Officials hiked rates by 75 bps in June, the most since 1994, lifting their benchmark to a target range of 1.5% to 1.75%, and chair Jerome Powell suggested they could do the same thing again in July.

He told reporters at a post-meeting press conference that another 75 bps increase, or a 50 bps move, was most likely on the table when policymakers gather July 26-27.

Officials went big in June — despite previously signalling they favoured a 50 bps hike — after inflation data came in hot and a key indicator hinted that expectations for future price pressures could be accelerating among US consumers.

Kansas City Fed president Esther George, who dissented against the increase in favour of a smaller hike, was the only one of the 18 policymakers who did not back moving by 75 basis points in June, the minutes showed.

Central bankers in June “recognised the possibility that an even more restrictive stance could be appropriate if elevated inflation pressures were to persist”, the minutes said.

Policymakers noted that “if inflation expectations were to become unanchored, it would be more costly to bring inflation back down to the committee’s objective”.

Several officials since that gathering have echoed Powell’s characterisation of the likely outcome of the July rate decision, even as recession fears mount.

The personal consumption expenditures price index, which the Fed uses for its inflation target, has risen 6.3% since May 2021 — more than three times the central bank’s 2% target.

Powell has said there are pathways for bringing inflation down while keeping the labour market strong, but acknowledged it will be a challenge.

Economists have downgraded growth forecasts on the heels of data showing weakness in consumer spending, a tightening of financial conditions and a decline in US manufacturing activity.

Mortgage rates, which have doubled since the start of the year, are also cooling the housing market and some businesses are seeing lower demand.

Odds of a US recession in the next year are now roughly one in three, according to Bloomberg Economics. Similar pessimism is evident in interest-rate future markets: investors bet the Fed will reverse course in 2023, halting rate hikes sooner than officials forecast and beginning to cut rates by mid-2023.