Wearing items twice as many times as before could cut the emissions impact by 44%, report reads 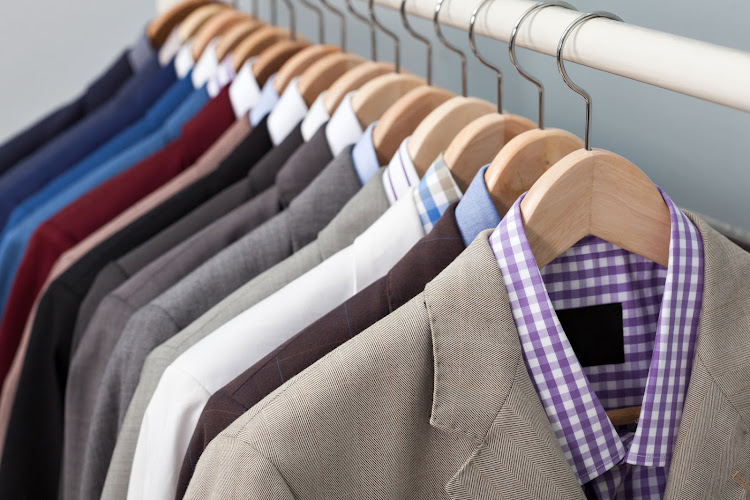 A small, simple and cheap way to prevent some future climate pollution is to wear the clothes already in your closet about twice as many times as you might have otherwise before tossing them.

People doing so could reduce the related emissions impact of clothing by 44%, according to a 2017 report from the charity Ellen MacArthur Foundation, later echoed by the UN Environment Programme (Unep). Here’s why: wearing the clothes you already own probably means that you will buy less in  future, preventing the greenhouse gas emissions generated during the production of new items.

“The way that the sales were growing, people were starting to own more and more clothes,” said Laura Balmond of the foundation’s Fashion Initiative.

It’s no secret that the fashion industry has a pollution problem. Big fashion accounts for 2%-8% of global carbon emissions, according to the Unep. On its current path, the Ellen MacArthur Foundation estimated, the industry could use up more than 26% of the carbon budget remaining if we are to limit global warming to 2°C by 2050.

The industry’s mass production of polyester, which is derived from fossil fuels, also contributes to the release of plastic microfibres into the ocean and the piling up of waste in landfills. Less than 1% of clothing collected for recycling worldwide is turned into new items.

One idea gaining traction among apparel companies is circularity, referring to the reuse, resale and recycling of textiles to extend their life. New business models have cropped up or expanded in response.

Fuelled by the fast fashion crazes and social media, “there’s sort of this desire for newness”, said Balmond. With companies increasingly announcing strategic goals and programmes in the name of circularity, it can be hard for customers to distinguish greenwashing from initiatives that have an effect.

But shifting customer perspectives could open the door to businesses more in line with clear circularity targets. The challenge is, she said, “if we can shift the mindset from it being a brand new product to being new to you”.

The shift is already under way. After hosting “Worn Wear” events for customers to bring their old jackets, leggings and other items for repair or exchange,  outdoor clothing retailer Patagonia launched an online marketplace with the same name in 2017 to expand the programme. The next year, North Face piloted a similar programme, Renewed, for reselling its used items. There are also third-party virtual marketplaces for selling second-hand clothing, such as Sellpy, Depop, The RealReal and ThredUp.

Then there are clothing rentals. Rent the Runway, an online site, launched in 2009. The business has expanded in the years since, adding accessories and plus-size items to the rentals. It added brick-and-mortar stores and monthly subscriptions. Last October, the company went public. While sales climbed this year, Rent the Runway reported a net loss of $42.5m in the first quarter of 2022.

Circularity will get us only so far in reining in greenhouse gas emissions. “We have endless talk about circularity,” said Veronica Bates Kassatly, an independent fashion analyst. The focus instead should be on the sheer volume of items being produced. “We have far too much and we wear it far too few times,” she said.

Some research has indicated people throw out items of clothing after wearing them only seven to 10 times. But what would be a reasonable number of times to wear a garment: 60, 100, 200? Should there even be a target?

“It’s hard to give a number,” said Jin Su, an associate professor in the department of consumer, apparel and retail studies at the University of North Carolina Greensboro. Su added that such a goal would have to vary by clothing type and fabric.

Perhaps the closest thing to this number is a new durability metric for jeans. Led by the Ellen MacArthur Foundation, a coalition of academic experts, brands, retailers, manufacturers and others developed jeans guidelines, deciding that jeans should be able to withstand a minimum of 30 washes at home while still retaining their high quality. That means someone would have to wear them more than 30 times to get the most out of them.

The way you wash your clothes also matters from a climate perspective. While the biggest share of the emissions tied to apparel comes from textile production — 41% — the second-largest source is from consumption, which largely comes down to the energy associated with washing and drying. To minimise this footprint, wash using cooler water and line-dry your items, experts recommend.

Not needing to wash your clothes as much helps, too. Wool is generally more expensive than plastic-based clothing, but it’s good at wicking away moisture and highly durable, according to the foundation. To showcase the powers of wool, Wool&Prince founder Mac Bishop wore a wool shirt for 100 days without washing it. That challenge went viral and helped launch Bishop’s clothing line; he later started a parallel company for women’s clothing called Wool&.

Now the twin companies reward customers who wear an item of their clothing for 100 consecutive days with a discount off their next purchase. More than 4,000 people have completed the challenge, said Rebecca Eby, the manager of customer experience and communities at Wool&.

“I started as a customer who did this challenge and it changed my life,” Eby said. She almost exclusively wears natural fibres now, mostly Wool& clothes, and does a lot less laundry. She has heard from many customers who started the challenge to get the discount and ended up changing their habits in the process.

In promoting a lifestyle of wearing and needing less, Wool& is inevitably limiting its reach as a company. It’s something the entire fashion industry may eventually wrestle with, and Eby acknowledged the awkwardness. “It’s definitely something that we struggle with a bit,” she said.