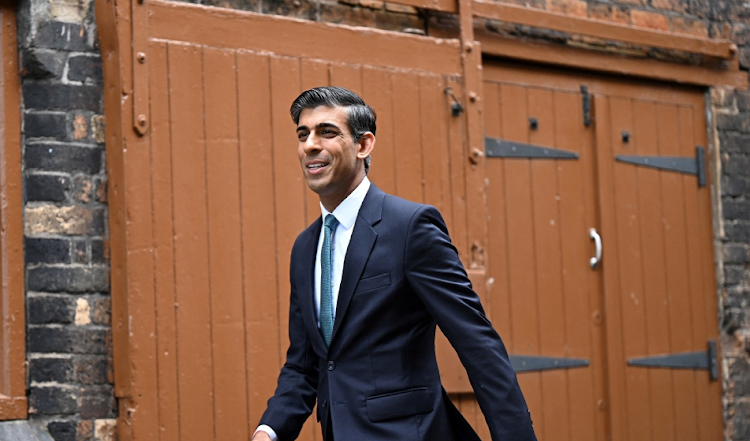 London — Two of the most senior members of Boris Johnson’s cabinet quit in quick succession on Tuesday, a dramatic move that puts the British prime minister in deep peril after a series of scandals that have severely eroded his authority.

Chancellor of the exchequer Rishi Sunak said in a letter to the prime minister on Tuesday that “we cannot continue like this”, while health secretary Sajid Javid told Johnson that he’s lost confidence in him. Both men published their resignation letters on Twitter.

“The public rightly expect government to be conducted properly, competently and seriously,” Sunak wrote. “I believe these standards are worth fighting for and that is why I am resigning.”

The resignations came just as Johnson was acknowledging in a televised address that he had made a “mistake” in promoting Chris Pincher in February — two years after being told of a complaint against the Tory MP. Pincher quit as a government enforcer, or whip, last week when the Sun newspaper alleged he had groped two men.

While Pincher has denied allegations of specific incidents, he said in his resignation letter he had “embarrassed” himself and “caused upset” to others. He and his office haven’t replied to repeated requests for comment.

The issue put a renewed focus on sleaze in Johnson’s Conservative Party, and called into question the prime minister’s judgment at a dangerous time. Tory MPs were already angry with Johnson over a series of missteps, including becoming the first sitting premier found to have broken the law when he was fined over the illegal parties in Downing Street during the pandemic.

“I think it was a mistake and I apologise for it,” Johnson said of Pincher’s promotion. “In hindsight it was the wrong thing to do. I want to make absolutely clear that there’s no place in this government for anybody who is predatory or who abuses their position of power.”

But the apology came too late for Sunak and Javid after a febrile day in Westminster in which Conservative MPs demanded the cabinet act to oust Johnson.

Rebels in the Conservative Party had been calling on senior cabinet ministers to take matters into their own hands after narrowly failing to oust Johnson in a confidence vote just last month. That, in theory, had left Johnson safe from a leadership challenge for 12 months.

But in reality, prime ministers rely on the support of their cabinet and the resignation of two of the most senior members will be a devastating — and potentially terminal — blow to Johnson.

Update: July 5 2022. This story has been updated with additional information.

Following is the full text of  Sunak’s resignation letter, which was posted on Twitter.

“It is with deep sadness that I am writing to you to resign from the government.

“It has been an enormous privilege to serve our country as chancellor of the exchequer and I will always be proud of how during the pandemic we protected people’s jobs and businesses through actions such as furlough.

“To leave ministerial office is a serious matter at any time. For me to step down as chancellor while the world is suffering the economic consequences of the pandemic, the war in Ukraine and other serious challenges is a decision that I have not taken lightly.

“However, the public rightly expect government to be conducted properly, competently and seriously. I recognise this may be my last ministerial job, but I believe these standards are worth fighting for and that is why I am resigning.

“I have been loyal to you. I backed you to become leader of our party and encouraged others to do so. I have served as your chancellor with gratitude that you entrusted me with stewardship of the nation’s economy and finances.

“Above all, I have respected the powerful mandate given to you by the British people in 2019 and how under your leadership we broke the Brexit deadlock.

“That is why I have always tried to compromise in order to deliver the things you want to achieve. On those occasions where I disagreed with you privately, I have supported you publicly. That is the nature of the collective government which our system relies and it is particularly important that the prime minister and chancellor remain united in hard times such as those we are experiencing today.

“Our country is facing immense challenges. We both want a low-tax, high-growth economy, and world class public services, but this can only be responsibly delivered if we are prepared to work hard, make sacrifices and take difficult decisions.

“I firmly believe the public are ready to hear that truth. Our people know that if something is too good to be true then it’s not true. They need to know that whilst there is a path to a better future, it is not an easy one. In preparation for our proposed joint speech on the economy next week, it has become clear to me that our approaches are fundamentally too different.

“I am sad to be leaving government but I have reluctantly come to the conclusion that we cannot continue like this.

‘The only place these hospitals exist is in the prime minister’s imagination,’ shadow health secretary Wes Streeting tweeted on Saturday
News
1 month ago
Next Article