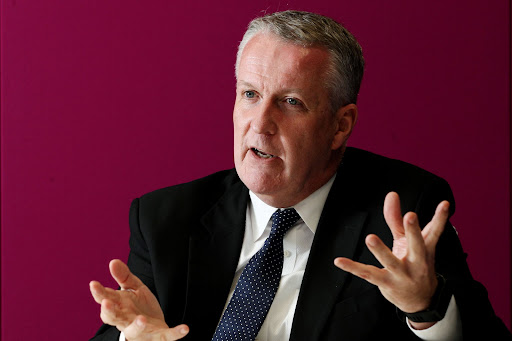 EasyJet COO Peter Bellew is leaving but remains committed to a smooth transition, according to the Luton, England-based airline. Picture: Bloomberg

Bellew, who joined from low-cost rival Ryanair Holdings in 2019, will be succeeded as interim COO by David Morgan, who has filled the role on a temporary basis previously, easyJet said on Monday.

The departure hits easyJet as the company — and the wider European aviation industry — grapples with huge travel disruptions because of staffing issues and strikes.

EasyJet said it remains focused on improving daily operations after contending with a three-day walkout in Spain, with two more set to follow later this month. It has also reined in summer capacity at London Gatwick and Amsterdam Schiphol, its two biggest bases, amid a labour shortage.

While Bellow resigned on July 1, he remains committed to a smooth transition, according to the Luton, England-based airline. The stock fell as much as 5% in London, and was trading down 4.6% in afternoon trading, extending its decline this year to 35%.

While the carrier has ramped up capacity more cautiously than Ryanair and Europe’s third main discounter, Wizz Air, the aircraft fleet at Gatwick has been expanded by more than a quarter compared with the pre-Covid peak in 2019, putting particular pressure on recruitment there.

Bellew is known as one of the more colourful figures in aviation. After previously running Malaysian Airlines, his move to Ryanair saw him occupy what unions suggested was a role of enforcer to CEO Michael O’Leary, guiding the airline through labour talks when it was first forced to unionise.

That relationship was upended by the switch to easyJet, which led to a legal battle over his defection to such a close rival, in which Bellew ultimately prevailed.

The move saw him work under Johan Lundgren, who has led easyJet since 2017 after joining from tour operator TUI, seeking to bring low-cost rigour to a carrier whose focus on more mainstream airports brings generally higher expenses than discount peers.