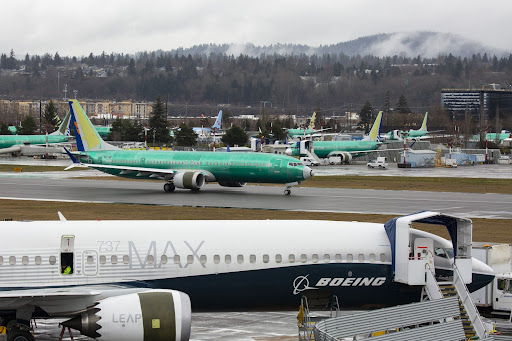 A giant aviation deal from China on Friday underscored how trade tension between Washington and Beijing can impact individual companies, with Boeing left looking on as rival Airbus scooped up orders worth at least $37bn.

China’s top three airlines ordered almost 300 Airbus jets — one of the European aircraftmaker’s biggest yet single-day deals — in the first major acquisitions since pandemic restrictions isolated the world’s second-largest economy. Such deals tend to be made during state visits or at big industry events, making the timing unusual — the Farnborough International Airshow doesn’t start until July 18.

“It is disappointing that geopolitical differences continue to constrain US aircraft exports,” a Boeing spokesperson said, adding that sales to China historically support tens of thousands of American jobs.

China is a key market for Boeing’s 737 family of jets and Airbus’s A320s, mainstays of modern commercial aviation. Relations between China and the West have become increasingly strained in recent years, particularly with the US as a trade war erupted and widespread tariffs were imposed by both sides. Boeing is America’s biggest exporter.

In response to Boeing’s comments, an editorial in the Chinese state-run Global Times reads the order is a “normal business transaction” and that aviation is a key plank of China-Europe economic and trade co-operation. It said the deal was potentially helped by Airbus having an assembly plant in China and the weaker euro.

“It is natural for the US side to feel sour after losing the competition to Airbus,” the Global Times said. “Judging from the performance of these two companies in the global market, since 2019, Airbus has been way ahead of Boeing in terms of competing for passenger plane orders and market share.”

Bloomberg Intelligence analysts including George Ferguson wrote that Friday’s order “underscores the ongoing trade rift with the US and the travails for the 737 Max, which still isn’t flying in the Asian country. Boeing’s build rates will remain stunted without China.”

Carriers typically order aircraft years in advance due to limited manufacturing capacity, and they get discounts when they book in bulk, with lucrative service and maintenance deals. Boeing and Airbus are struggling with production disruptions, partly due to supplier delays.

Chinese airlines and Hong Kong’s Cathay Pacific Airways have 142 unfilled orders with Boeing, including for the 737 Max, the yet-to-enter-service 777X, 787 Dreamliners and six freighter versions of 777 jets, according to the aircraftmaker.

In the latest order, China Eastern Airlines is buying 100 A320neo narrow-body jets, while Air China and subsidiary Shenzhen Airlines will take 96. China Southern Airlines, which in May removed more than 100 Boeing 737 Max jets from its near-term fleet plans, will buy 96 A320neos and lease additional aircraft.

China Eastern said on Sunday that it is in a better position to bargain as the aviation market hasn’t fully recovered. The airline said it “obtained conditions more favourable than ever in terms of pricing and some other commercial terms”. China Southern said its board believes the concessions for its order are “comparable” with previous ones.

Shares of Chinese airlines fell on Monday, extending Friday’s declines on reports that many have announced record high fuel surcharges. Air China’s Hong Kong-traded shares were the worst performers of the “Big Three” state carriers, sliding as much as 9.8%. Airbus shares rose 3% on Friday, while Boeing added 2.3%.

China was the first nation to ground Boeing 737 Max jets in March 2019 after the second of two fatal crashes involving the model. Other regulators soon followed but most have since allowed the Max to fly again. It still hasn’t restarted commercial services in China.

“Boeing has complained about ‘geopolitical differences’ affecting its business, but China is not the one to blame,” the Global Times said. “If there is any political factor in this, it can only be said that the US politicisation of economic and trade issues has backfired.”