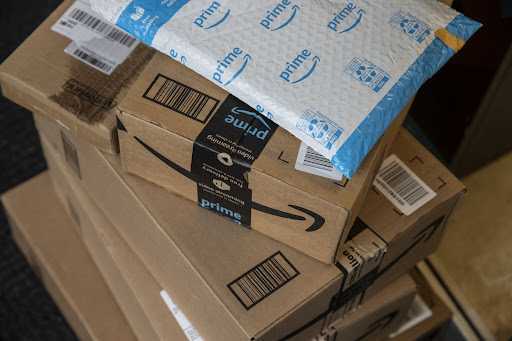 Amazon has secured rights to broadcast Europe’s top football tournament in the UK for the first time, in a significant step for the tech giant as it pushes deeper into sports.

US-based Amazon will exclusively offer top UEFA Champions League matches on Tuesday nights for three years from the 2024/25 season, it said in a statement Friday that confirmed an earlier Bloomberg News report.

BT Sport, which most recently held the UCL rights exclusively, will pay roughly £305m (R6bn) a year to retain the majority of coverage, as well as all games in two other UEFA tournaments, the Europa League and Europa Conference League, it said in a separate statement. The British Broadcasting Corporation, meanwhile, said it has bought the rights to show some UCL highlights for the first time.

In total, UEFA has sold the UK media rights at a 20% premium to the previous cycle, according to a person familiar with the matter, who asked not to be identified discussing confidential information. That’s up from Enders Analysis estimates of €1.4bn (R24bn) , indicating the new package could be worth around €1.7bn (R29bn).

The deal is a fresh sign that Amazon remains ready to bid for some of the most expensive sports rights to boost demand for its Prime Video platform, having recently opted to pull out of the hotly-contested race to stream Indian Premier League cricket matches. It already broadcasts UCL games in Italy and Germany, as well as live matches from the English Premier League and France’s biggest football competition.

“This shows that Amazon has found that their dip into the water for some Premier League game rights has been financially beneficial for them,” said Christina Philippou, an academic who specialises in football finance.

In recent years, Amazon has also filmed behind-the-scenes documentaries at top UK football teams, including Manchester City FC, Tottenham Hotspur FC and Arsenal FC, as a way to attract football fans to Prime. Amazon’s UCL fixtures will always feature an English team during the competition’s group stages and, assuming one qualifies, in every round through to the semifinals.

“Since 2018, we’ve seen millions of Prime members in the UK enjoy live sport on Prime Video, and it’s that passion and energy that has led us to this exciting next step,” Alex Green, MD of Prime Video Sport Europe, said in Friday’s statement.

For BT, the UCL deal secures key rights for the future of its pay-TV unit as a joint venture with US media giant Warner Bros Discovery, a deal which is awaiting UK regulatory approval.

The UCL last year faced the threat of a rival breakaway Super League backed by some of Europe’s biggest football teams. The Super League plan collapsed in a matter of days after fierce backlash from fans and politicians. UEFA subsequently revamped the UCL by increasing the number of teams and matches in a bid to make it a more competitive tournament and prove to clubs that it can generate higher revenue for them.