Travel chaos in Europe as London and Paris cancel flights 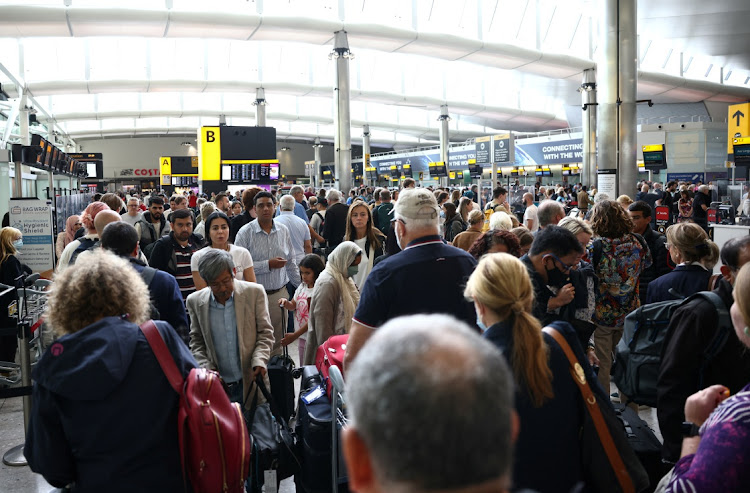 Passengers queue inside the departures terminal of Terminal 2 at Heathrow Airport in London on Monday. Picture: REUTERS/HENRY NICHOLLS

Heathrow asked airlines to cut 30 flights from their schedules on Thursday morning amid concern that peak passenger numbers will exceed the level it can safely handle.

France’s civil aviation authority has ordered a 17% reduction in flights out of Paris-Charles de Gaulle on Thursday due to a strike by firefighters. The walkout will lead to a shutdown of two out of the hub’s four runways between 7am and 2pm local time. The labour strife is set to go on at the weekend and spill over to Paris’s other hub at Orly, as more categories of workers plan walkouts.

As a result of the disruptions on Thursday, Air France-KLM’s French arm canceled 62 flights while maintaining all of its long-haul and 90% of short and medium-haul connections, according to a spokesperson.

While the flights affected represent only a small portion of the total from the two airports, the last-minute cancellations add to the chaos surrounding travel in Europe as staffing shortages upend timetables and labour unrest gathers steam.

Despite the modest number of flights scrapped at Heathrow, passengers complained of chaos in the terminals. The airport didn’t announce the cancellations until late on Wednesday and some travellers said they weren’t notified until they arrived on Thursday morning.

Heathrow, Europe’s busiest airport before the coronavirus pandemic, will work with carriers to rebook passengers onto services outside peak hours so that as many as possible can still fly, it said in a statement on Wednesday.

The scrapping of flights at Heathrow comes even after British Airways, the airport’s biggest carrier, slashed summer capacity by 10% to reduce pressure on operations.

“We are working hard to ensure everyone has a smooth journey through Heathrow this summer,” the hub said. “The most important thing is to make sure that all service providers at the airport have enough resources to meet demand.”

At Paris-CDG, the country’s biggest international airport, the upheaval could get worse on Friday when a strike is planned by unions representing a broader swath of workers.