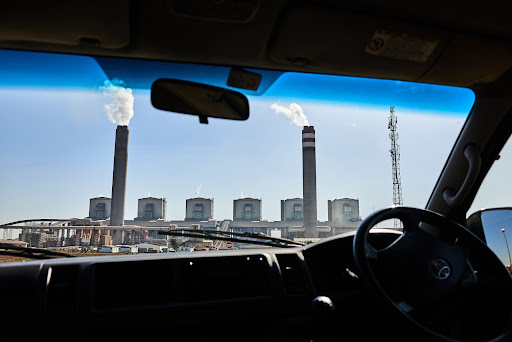 South Africa’s state-owned electricity utility Eskom Holdings SOC Ltd. will extend the worst blackouts on record to a fourth day as the firm struggles to recover from a strike that prevented as many as 90% of staff at some power plants from going to work. Picturef: BLOOMBERG

Eskom will extend the worst blackouts on record to a fourth day as the firm struggles to recover from a strike that prevented as many as 90% of staff at some power plants from going to work.

The company cut 6,000 megawatts, known as Stage 6, from the national grid from 2pm  until midnight on Thursday and will do so again from 5am until midnight on Friday, it said in a statement on Twitter. Eskom started cutting that much power for the first time in more than two years on June 28.

It has raised its wage offer to unions to 7%, according to people familiar with the information, an attempt to break a deadlock that led the utility to cut enough power to supply 4-million SA homes. Workers went on a rampage, torching homes of senior officials and blocking entry into plants.

The current energy shed, as much as 36,000 gigawatt hours and counting during Stage 6 power cuts, is the highest ever recorded, according to the Council for Scientific and Industrial Research, a state institution. The previous record was 30,000 gigawatt hours.

While public enterprises minister Pravin Gordhan said two days ago that staff will return to work from Wednesday, “high levels of absenteeism and intimidation of working employees in some of the power stations is still rife,” Eskom said.

“Due to the unlawful and unprotected strike, which has caused widespread disruption to Eskom’s power plants, Eskom is still unable to return some generators to service,” the company said.

The utility plans to cut a minimum of 4,000 megawatts of power continuously over the weekend. Unions are expected to meet managers on Friday morning about a pending wage agreement, according to the National Union of Mineworkers (NUM).

Meanwhile,  the outages have caught rand bulls off guard, with at least three long-rand trades hitting stop-loss levels within a week as the rand tumbled to a 20-month low.

But rolling blackouts imposed by Eskom put paid to that as investors fret about the effect on an economy already strained by the pandemic, catastrophic floods and destructive protests.

The rand is down 3.8% this week, the worst performer among 23 major emerging-market currencies tracked by Bloomberg.

The SA currency has been hard-hit by the Eskom news, though the country’s electricity crisis is nothing new, said Cristian Maggio, the London-based head of portfolio strategy at TD Securities.

“SA has been dealing with power shortages for years,” Maggio said. “Only the market seems to have forgotten because of Covid, and other priorities that crept to the forefront.”

Credit Agricole recommended going short on the dollar versus the rand on June 21, entering the trade at 15.9456 rand per dollar, with a stop-loss at 16.2684. It was stopped out of the trade on Wednesday when the rand weakened to 16.2965, taking a loss of 1.9%, according to Sebastien Barbe, head of emerging-market research at the lender.

ANTHONY BUTLER: If the grid collapses, SA is a few meals away from chaos

A total system failure is ‘highly unlikely’, Eskom CEO says — but the implications are alarming
Opinion
1 month ago