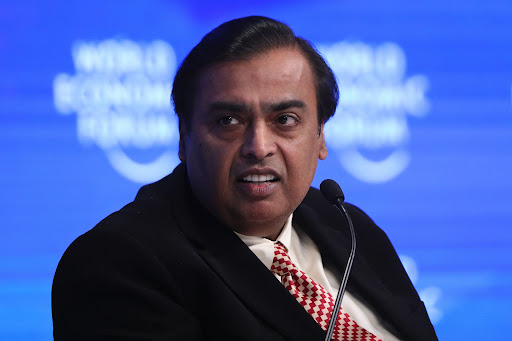 Indian billionaire Mukesh Ambani just got busy with the early stages of succession planning at his energy-to-technology conglomerate Reliance Industries, naming two of his offspring as chiefs of key units in his $217bn empire.

On Tuesday, the 65-year-old tycoon made way for his first-born Akash Ambani to become the chair of India’s number one wireless carrier Reliance Jio Infocomm. Akash’s twin sister Isha is set to be appointed chair of Reliance’s retail arm, and an announcement is expected as early as Wednesday, people familiar with the matter said. The company declined to comment.

While Mumbai-based Reliance has telegraphed such a leadership transition, the move underscores the senior Ambani’s efforts to avert family feuds that have torn many wealthy clans apart, including his own. Bloomberg News reported in 2021 that the mogul’s favored succession plan shares elements with that of Walmart’s Walton family, a framework that would allow the biggest transfer of wealth in recent times.

The changes at the top come at a crucial time for Reliance. In a pivot from its legacy oil refining and petrochemicals business, the conglomerate is diversifying into e-commerce, green energy and expanding its retail footprint across the country. In 2020, technology venture Jio Platforms lured more than $25bn from marquee Silicon Valley investors including Meta Platforms and Google. It has also unveiled ambitious plans to take on Amazon.com in the country, including streaming.

“It shows a well-planned succession plan,” said Sankaran Manikutty, a former professor who taught at the Indian Institute of Management in Ahmedabad and has extensively worked on family businesses, telecommunications and strategy in emerging economies. “Ambani just ensured the continuity of the business. For now, nothing will change for the conglomerate, but Mukesh Ambani will be around to guide the next generation.”

Before their elevation, both Isha and Akash played prominent roles as directors in those units. They were part of teams that negotiated with Meta when the Menlo Park, California-based company decided to invest almost $6bn in Jio Platforms. At annual shareholders meetings in recent years, the twins have introduced new products and demonstrated various technology applications such as virtual reality. Their father has credited his children with helping nudge him into the internet business.

Isha, a Yale University graduate and a former McKinsey consultant, kicked off Reliance’s e-commerce foray into fashion retail in 2016 by starting online shopping portal Ajio. Like Jio Platforms, Reliance Retail Ventures also brought on board many investors like General Atlantic and KKR & Co in 2020, valuing the retailer at as much as $62bn then.

Reliance Retail runs supermarkets, India’s largest consumer electronics chain store, a cash and carry wholesaler, fast-fashion outlets and an online grocery store called JioMart. It reported $2.6bn in revenue for the year through March 2022. The unit operates more than 12,000 stores across the country.

Akash, who has studied economics and is an alumnus of Brown University, will oversee a telecommunications operator that debuted in 2016. With its free calls and cheap data, Reliance Jio shook up an industry mired in debt and sent some competitors into bankruptcy. The group is betting on this unit’s pipes to deliver a range of services from e-commerce to entertainment in a market with almost 600-million smartphones. Reliance Jio is now gearing up for India’s auction of 5G airwaves by the end of July.

The twins have a younger brother, Anant, who is a member of the board of Jio Platforms. It’s still unclear what broader plans his father has for his youngest child.

Mukesh Ambani, the chair and MD of the group’s flagship Reliance Industries, has for years studied the ways in which billionaire families, from the Waltons to the Kochs, passed on what they’d built to the next generation, Bloomberg News reported in 2021. With the latest moves, Mukesh Ambani may still be looking at the Walton family model.

In a nod to that structure, Ambani was considering moving his family’s holdings into a trust-like structure that would control the Mumbai-listed flagship Reliance Industries, people familiar with the matter said in 2021.

As part of that plan, Ambani, his wife Nita, and three children would have stakes in the new entity overseeing Reliance and be on its board, along with a few of Ambani’s long-term confidantes as advisers. Management, though, would largely be entrusted to outsiders, professionals who will handle the day-to-day operations of India’s most influential company and its businesses that span oil refining and petrochemicals to telecommunications, e-commerce and green energy.

By bringing his children into formal roles, Ambani is also seeking to avoid repeating the mistake of his own father, Dhirubhai, who died in 2002 without leaving a will. Mukesh and his younger brother, Anil, feuded for three years over the control of Reliance, before their mother stepped in to resolve the dispute by carving up the empire. The older sibling inherited the oil refining and petrochemicals businesses, while the younger one got the newer ventures in finance, infrastructure, power and telecom.

Mukesh is Asia’s second-richest man with a net worth of about $91bn, according to the Bloomberg Billionaires Index.

Company tipped to amass a portfolio of up to 60 grocery, household and personal care brands within six months
Companies
3 months ago

Billionaire Mukesh Ambani, the richest man in India signs agreements with Gujarat state officials for a raft of renewable programmes over the next 15 ...
Business
6 months ago
Next Article