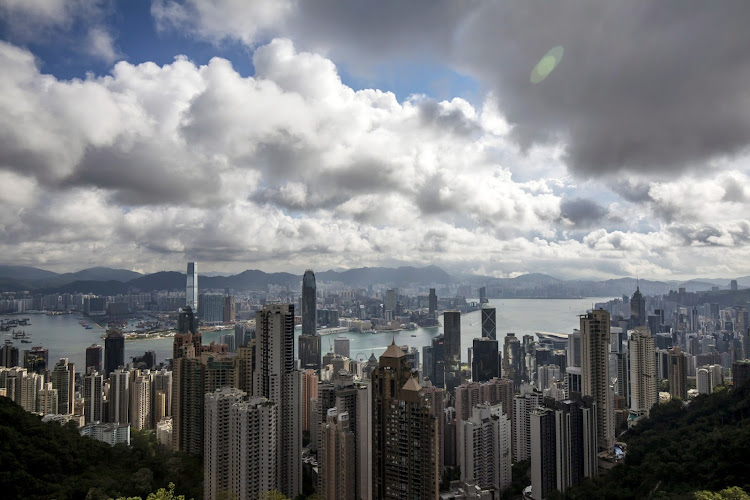 How does Hong Kong look to people born in the year of the handover — for whom the city has always been under Chinese sovereignty?

Some feel their fate is tied to Hong Kong’s, while others feel like bystanders as Beijing tightens its grip. Many plan to leave sooner or later. We spoke to six 24- and 25-year-olds about the Hong Kong they grew up in, and the one they expect to exist in another 25 years.

“I feel helpless witnessing the changes that Hong Kong has been through,” said Keanne Lee. “At the same time, I want to keep a glimpse of hope alive that the city won’t lose its uniqueness.”

Lee studied at a Hong Kong school where lessons are taught in English, then went to university in the UK. She returned to her home city after graduation, where she’s now a marketing executive for an e-commerce company. She has no plans to move abroad permanently in the near future.

The growing pressure on school pupils to learn Mandarin is one of the biggest signs of change she’s witnessed. The Chinese government wants 85% of citizens to speak the national language by 2025, which critics fear will erode regional languages such as Cantonese. “I don’t think Hong Kong can escape the fate” of becoming “more culturally homogeneous”, Lee said. 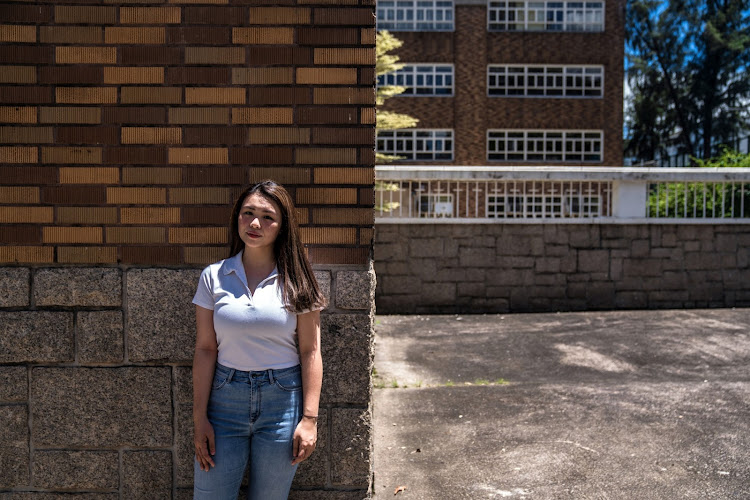 She believes mainland China’s rapid development, especially in technology, makes some people proud of their motherland. By comparison, she feels Hong Kong’s progress since 1997 has been relatively limited.

But she worries that closer ties with the mainland would make Hong Kong “just another city in China” and that the former British colony risks losing its status as an international financial gateway.

“Hong Kong is unique because of its sophisticated blend of East and West culture. When there wasn’t such a strong sense of nationalism, our perspectives were less narrow,” Lee said. “We had greater inclusiveness towards all sorts of culture.”

Herman Yiu was elected in Hong Kong’s district council election in 2019 — the city’s first election after months of violent protests. Pro-democracy candidates like Yiu won most of the available seats, but many quit or were removed from office as Beijing’s campaign for greater control of the city quashed political opposition.

Yiu served a three-month prison sentence for unauthorised assembly and was released in October.

“No-one ever thought becoming a politician could be such a dangerous thing in Hong Kong,” Yiu said. Most of his politician friends are either in jail or in exile, he added. “It’s really sad.”

Still, Yiu plans to stay in Hong Kong for now. “My family is definitely one of the concerns. I don’t think they would be able to live in a foreign country,” he said, adding, “I still want to contribute to the community, to Hong Kong.”

He feels that Hong Kongers who were born in 1997 “are special. Every milestone in our lives is linked to some important event in Hong Kong. It’s like our fate is tied to Hong Kong’s. That’s why it’s even harder for me to give up on Hong Kong,” he said.

As for the next 25 years, “no-one has a crystal ball”, he said. “But one thing is for sure: those who are willing to follow China’s playbook will get to stay. A new Hong Kong is already in the making.”

The parents of one Mr Cheng moved to Hong Kong from mainland China when he was a child in search of opportunities in the city. Twenty years later, he still sees the former British colony as a place full of potential.

He didn’t give his full name for fear of losing his job.

“Many people are emigrating because they think what’s happening around us has touched their bottom line, but so far it’s fine for me,” said Cheng, who now works at a European investment bank as an analyst.

He doesn’t plan to leave Hong Kong permanently, but might look for a job in mainland China in future.

“If you want to make a lot of money, working in the mainland might be a better option, where costs are lower,” he said, adding that he wouldn’t do that until “I’ve achieved mid-level roles”.

Emigrating would mean “I won’t be able to do what I’m doing or stay in the financial industry,” he said. “The things I’d have to analyse would be different.” He added that changing careers would lower his standard of living.

Cheng sees Hong Kong as “a stable place”. He’s confident it will maintain its status as an international financial centre for decades.

“Even if China pushes Shanghai and Shenzhen to replace Hong Kong as a financial hub, foreign capital won’t be putting all their money in the mainland if China’s market isn’t fully open,” he said.

“Ten years to 25 years, that’s really hard to say,” said Ryan Cheung when asked if he will remain in Hong Kong. “If you say … five to 10 years — possibly.”

He was born in Hong Kong and went to an international school there, but he’s also lived in Shanghai and in Waterloo, Canada, where he went to university before returning to his hometown in 2020. His experiences opened his mind to how different life could be in different environments, he said, and he views Hong Kong as a temporary base. He works part-time for a non-government organisation and as a rock-climbing instructor.

The city’s “high-stress” environment and the lack of diverse job opportunities are among the reasons he wants to leave.

In March 2021, China’s parliament approved an election bill to ensure only ‘patriots’ could rule Hong Kong
World
1 month ago

“Even getting your first job in Hong Kong can be extremely difficult,” Cheung said. Employers in the city “don’t value what individuals think, and success at the job depends on whether you are able to follow and obey orders without question”.

He feels it’s increasingly difficult for young people to climb the career ladder. “A lot of opportunities are no longer available to us,” he said, adding that opportunities in his field — environmental science — are especially scarce in a city obsessed with finance and real estate.

“I was fortunate enough to have studied in an international school,” he said, “where one could explore different ways of thinking and learning in an environment where individual thoughts and opinions are valued.” Overseas opportunities may be more limited for people whose education centres on academic performance and give them less freedom to pursue their interests, Cheung added.

Anna Kwok hopes she will return to Hong Kong, the city where she grew up, eventually. But as an activist she is too worried about getting arrested under the National Security Law to go there now. “Every single morning, I wake up and then I realise I’m not at home and I cannot go home,” she said. “I better do something to make sure that I can get home one day.”

She is living in Washington, DC, where she works as a strategy and campaign director for the Hong Kong Democracy Council, a US-based advocacy group founded during the 2019 demonstrations. Kwok was studying at New York University when the protests erupted, but participated in Hong Kong’s social movement from a distance. 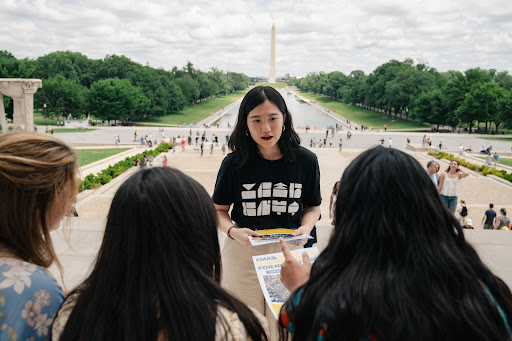 She used social media and online forums to bring attention to petitions, sent protective riot gear to protesters back in Hong Kong and helped crowdfund a newspaper advertising campaign to raise international awareness of the pro-democracy movement. She’s now seeking asylum in the US.

“You can see that an overwhelming majority of Hong Kongers who are of my age and my generation really want democracy,” she said. Kwok sees 1997 as “the beginning of an end”. She fears Hong Kong will “descend into chaos” without a change of political direction — “a city without freedom, without democracy, and also without the trust of the people”.

Kelvin Yim was born four days after Hong Kong’s handover to China, making him ineligible — just — for a British National Overseas (BNO) passport. “It would definitely have been a bonus if I could have had a BNO,” he said. However, with countries including the US, Canada and Australia making it easier for people from Hong Kong to apply for residence, he doesn’t see it as a big disadvantage.

Yim, who works as a programmer at a Chinese bank, plans to leave Hong Kong for good in a few years.

“You begin to feel that no matter how hard you work, you can’t live comfortably in this place,” he said. “Money is more important than anything else here.”

He says that even though he might face discrimination as an immigrant, “being in Hong Kong makes me feel just as exploited”. 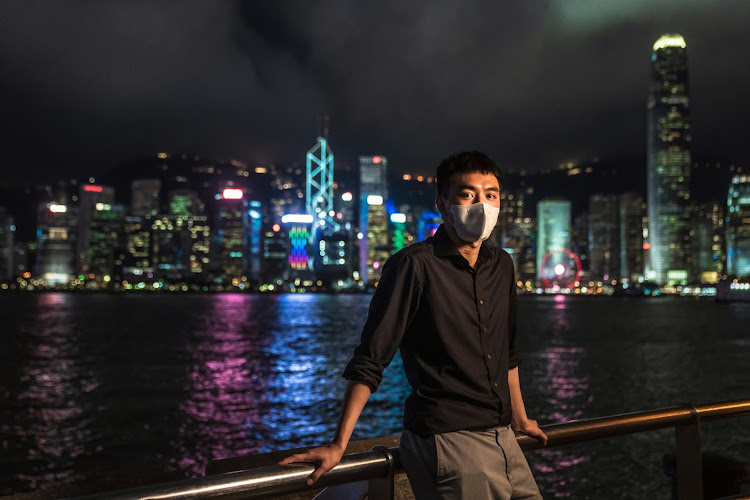 He’d ideally like to find an employer to sponsor his move. But if the UK government allows people born after July 1 1997 to apply for the BNO visa, he’ll consider that route too.

“The majority of people are discouraged from emigrating because of money, but I think the advantage of going on your own and being young is that you can be really frugal,” Yim said. “Even if I eat cup noodles every day, I don’t think it’s a problem.”

“The most important thing is to have the courage to go,” he added.

Yim expects Hong Kong to be very different in 25 years. “The communication tools we use might be different, internet or TV content might have changed, and the language might not be the same,” he said. “Cantonese might no longer be the primary language.”