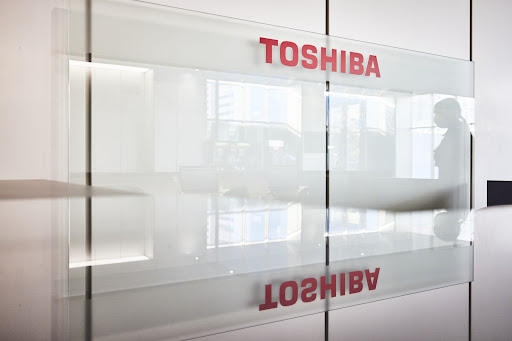 Toshiba shareholders elected representatives of two vocal activist hedge funds to the board in a contentious meeting, bringing the scandal-tainted industrial giant a step closer to possible privatisation.

Shareholders of the Tokyo-based company voted their support for all 13 director appointees, including Eijiro Imai of Farallon Capital and Nabeel Bhanji of Elliott Management, at an annual meeting of shareholders on Tuesday. Angry investors shouted at management from the start of the meeting, disrupting executives’ presentations.

The election paves the way for a major deal that will determine Toshiba’s future. The company has said it received eight bids to privatise the company and two offers to form business alliances. The board’s first task is to narrow the list of suitors, and conduct due diligence with each, before deciding the next step for the 147-year company. Toshiba shares have gained 20% this year, partly on its plans to review privatization bids.

Shares were little changed in Tokyo after the shareholders’ meeting.

The presence of the new directors on the board may help quiet the company’s bitter and longstanding fracas with shareholders, who have accused management of ignoring their interests. Following years of scandals and mismanagement, investors rejected key nominations at last year’s meeting and in March put the company in a state of limbo by voting against both proposals presented after months of wrangling -- splitting the company or selling it off.

“We believe management and shareholders can share the same footing by welcoming Imai and Bhanji to the board,” COO Goro Yanase said.

Bain Capital and CVC Capital Partners are among the candidates considering bids, along with state-backed investment fund Japan Investment Corp., Bloomberg News has reported. Foreign investors have watched developments at Toshiba to gauge shareholder influence and regulators’ acceptance of foreign private equity firms in Japan. Any sale of Toshiba, which owns key nuclear technologies, would require approval from the Japanese government.

How well the board can unite will also be critical. Toshiba external board member Mariko Watahiki earlier this month spoke out publicly against the appointments of Imai and Bhanji, saying that if they were appointed, activists would take up too much of the board. After the shareholders’ meeting, Watahiki submitted her resignation from the board, TV Tokyo reported. The board will decide whether or not to accept her resignation later in the afternoon, the broadcaster said. A Toshiba spokeswoman declined to comment.

Retail investors at the meeting questioned the appointments of both Imai and Bhanji as well as the need for privatisation. Shareholders asked whether the activist funds’ interests were aligned with what was good for the company over the long-term.

“Toshiba has accumulated amazing technology precisely because it is listed,” another said. “Please do not go private.”

External board member George Zage, who chairs the appointment committee that nominated Imai and Bhanji, said that the company consulted multiple law firms to review conflicts of interest, and that the appointments were designed to address lack of trust between large shareholders and management. CEO Taro Shimada responded to shareholders opposing privatization by saying the company would thoroughly study all options.

The board’s first order of business, however, is finding a clear direction, said Chieko Matsuda, a professor at Tokyo Metropolitan University who specializes in corporate governance. Even after spinning out its memory chips, home appliances, PCs and TVs, the sprawling industrial conglomerate’s remaining products still span the gamut from nuclear turbines and high-speed trains to batteries, elevators, cloud computing and semiconductors.

“It is completely unclear where Toshiba is headed, what its business will be, or how it sees its future,” she said.

Sources say a price as high as ¥7,000 a share is being discussed
Companies
1 month ago