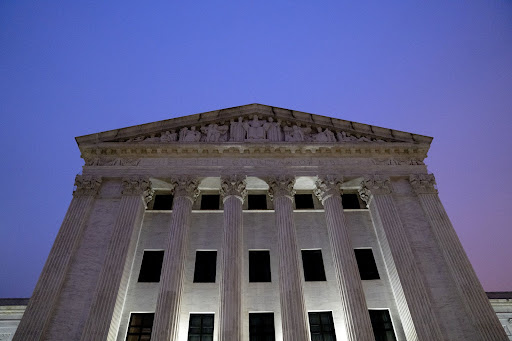 The US Supreme Court decision ending the right to abortion established by Roe vs Wade in 1973 has put other hard-won rights at risk, including the rights to same-sex marriage and contraception.

The level of risk depends on which opinion you read. The majority ruling written by justice Samuel Alito reads, “Nothing in this opinion should be understood to cast doubt on precedents that do not concern abortion.”

But justice Clarence Thomas, in a concurring opinion, made it clear that “future cases” could curtail other rights not clearly addressed by the constitution’s 18th-century framers.

“We should reconsider all of this court’s substantive due process precedents, including Griswold, Lawrence, and Obergefell,” Thomas said, referring to the landmark Supreme Court rulings that legalised contraception, same-sex intercourse and same-sex marriage. All of those decisions established rights that were not explicitly enumerated in the bill of rights.

The dissenting justices said Alito’s guarantee cannot be taken at face value, and that Thomas’s opinion is a clear warning. After all, they said, the right to terminate a pregnancy arose from the right to privacy established by the contraception ruling, which led more recently to expanded LGBTQ rights.

“No-one should be confident that this majority is done with its work,” liberal justices Stephen Breyer, Sonia Sotomayor and Elena Kagan wrote in their dissent. The other rights now at risk “are all part of the same constitutional fabric, protecting autonomous decision-making over the most personal of life decisions”.

It’s a little hard to take Alito at his word that what was issued today doesn’t foretell danger for those other protected rights, because the analysis he used undercuts most of our modern constitutional jurisprudence

“It’s a little hard to take Alito at his word that what was issued today [June 24] doesn’t foretell danger for those other protected rights, because the analysis he used undercuts most of our modern constitutional jurisprudence,” Pizer said. “It’s a shockingly retrograde and mistaken way to read the constitution.”

Thomas’s opinion is a “rallying cry” for conservatives to start challenging same-sex marriages “almost immediately”, said Roberta Kaplan, the lawyer who argued the landmark Supreme Court case that overturned part of the defence of Marriage Act, resulting in the federal government recognising such unions.

Kaplan said the challenges are likely to start with local officials refusing to grant marriage certificates to same-sex couples based on religious objections. Kentucky clerk Kim Davis briefly became a conservative darling in 2015 for trying to do exactly that.

“In other words, we are going to see dozens of future Kim Davises, all of whom will refuse to recognise the legitimacy of marriage equality in whatever way they can,” Kaplan said. “And one day, sooner or later, one of those cases will end up at the Supreme Court.”

The dissenting justices signalled similar concerns about extracting the right to abortion from other personal freedoms.

“The majority tells everyone not to worry,” they wrote. “It can [so it says] neatly extract the right to choose from the constitutional edifice without affecting any associated rights. (Think of someone telling you that the Jenga tower simply will not collapse.)”

Geoffrey R Stone, a constitutional law professor at the University of Chicago, agrees that challenges to other rights could happen soon, though he said it is far from certain the Supreme Court will overturn them.

“I think they’re less likely to overturn those decisions because they don’t feel the same degree of popular opposition to those decisions as existed with at least 30% to 40% of the American people with respect to abortion.” Stone said. “But who knows?”