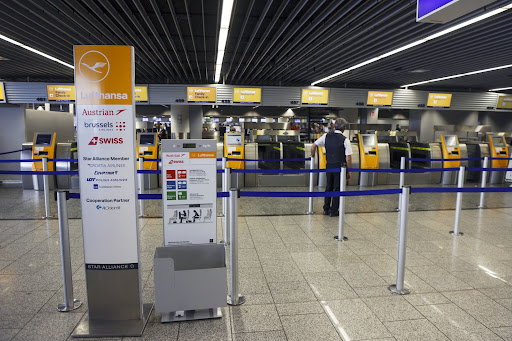 A wave of airline strikes and flight cancellations is deepening Europe’s transport crisis, disrupting travel plans just as the region’s peak summer season gets under way.

Walkouts in coming days at Ryanair Holdings, easyJet, British Airways (BA) and Aeroports de Paris (ADP) will add to the turmoil from staffing shortages that are leading to hours-long delays and thousands of scrapped flights. In the UK, the transport disarray has been compounded by a rail strike.

Though travel demand has rebounded dramatically in Europe, what had been touted as the aviation industry’s long-awaited post-pandemic revival is being constrained by labour strife and limits in airport logistics. Chaotic scenes are playing out at airports in Amsterdam, London, Frankfurt and Paris, with lines of people waiting for hours only to be told their flights have been cancelled.

“It’s frustrating to deal with other agencies that put us in difficult situations,” Air France-KLM CEO Ben Smith said last week after flights in Paris were hit by an earlier strike at ADP.

The prospect of more mayhem looms as unions seek to capitalise on airlines’ desperation to cash in on the summer bookings surge to end losses and repair balance sheets after the pandemic plunged the sector into its worst crisis since World War 2. Labour groups are pressing demands for pay increases to keep up with inflation, better working conditions, benefits and compliance with local labour laws.

Ryanair’s cabin crew in Spain, Portugal and Belgium began a three-day strike on Friday and were to be joined by colleagues in France from Saturday and Italy on Sunday. The discount airline says fewer than 2% of its flights on Friday were disrupted by the strikes, though about 40% of services in Belgium were affected. Its Spanish workers were set for a further three days of labour action next Friday, while rival easyJet is bracing for nine days of staggered walkouts in the country from July 1.

BA check-in staff based at London Heathrow airport have also voted for industrial action, with dates to be set shortly. ADP, operator of Paris’s Charles de Gaulle (CDG) and Orly airports, is locked in talks with unions in a bid to avert a second strike on July 1 over wages. The one on June 9 led to the scrapping of a quarter of all flights at CDG and the shutting down of two runways.

In the UK, the transport crisis has been worsened by a rail strike, making it harder to get to and from airports. The dispute has also been triggered by wage claims, though in contrast to the aviation sector, workers are also seeking guarantees of no compulsory redundancies in an industry that, far from bouncing back from the Covid-19 upheaval, appears to have been fundamentally changed by it.

The Transport Salaried Staffs Association has warned that Britain faces “a long-running summer of discontent” across the rail network if its demands aren’t met.

Beyond strikes, severe staffing constraints are forcing airlines to trim their ambitions for the summer. Germany’s Deutsche Lufthansa on Friday increased the number of flights it is cancelling in July and August to 3,100. London Gatwick and Amsterdam Schiphol, two of the region’s biggest hubs, announced caps on flights, while easyJet, TUI and KLM have rationalised their timetables. BA, which cut 10,000 posts at the height of the pandemic, is struggling to hire back in the tighter labour market.

Even after limiting flights, Schiphol airport on Friday was struggling to cope with the influx of passengers, with winding lines and frustrated travellers, showing things may get worse as the July-August travel season kicks in. Schiphol has had to set up tents outside the departure hall to accommodate queues.

Waiting in a long line for a Dubai-bound flight, Ritu, an Amsterdam-based fashion industry brand strategist who declined to provide her last name, said she would have missed her flight had she not arrived four hours before departure.

“It is so sad to see such a cool airport in this state,” she said. “I hope they quickly find a solution to the labour shortage issue as we’re heading into a busier travel period.”

In Belgium, Brussels Airlines had to cancel about 315 flights from Thursday to Saturday with pilots and cabin staff on strike. At least 127 Ryanair flights were due to be scrapped from the country’s Charleroi airport between Friday and Sunday because of striking crews, according to the Belga news agency.

Travellers are bearing the brunt of the chaos. For many, dream holidays are starting off badly or long-planned professional trips are having to be rerouted.

At Madrid’s Barajas Airport on Friday, Loreto, who didn’t want to give her surname, waited in line for her Ryanair flight to Malta, where she was going with two friends.

“There’s no information,” she said, zipping up a tightly packed suitcase. “I thought they would send a list of cancelled flights but we’ve not seen that anywhere so we’re just crossing our fingers.”

Scott Webster, an operations manager and Twitch streamer in the UK, found out that his mid-July flight to Amsterdam for Twitchcon, a streaming industry convention, had been cancelled by easyJet.

“We have about 12 people who have had to cancel their trips,” he said. “We’re just going to drive. At least we’re not gonna have to play games with all the carriers.”

AfricaStay’s Zanzibar package holidays go down with Comair — for now

AfricaStay’s Zanzibar package holidays go down with Comair — for now