In a letter to Johnson posted on Twitter, Oliver Dowden said: ‘We cannot carry on with business as usual’ 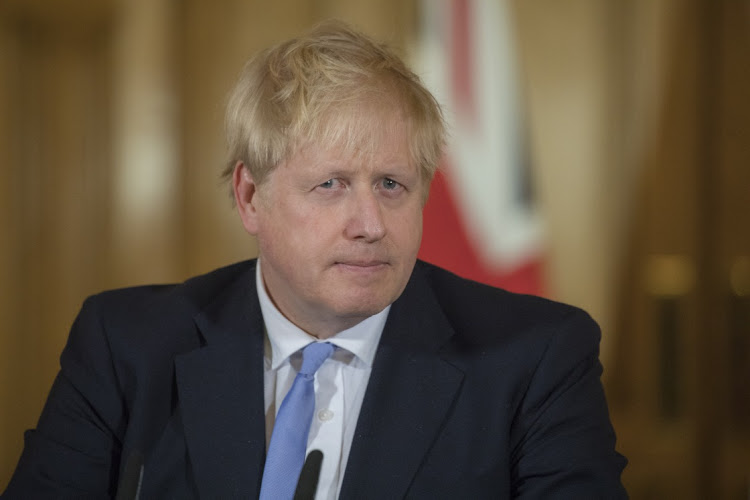 The chair of Boris Johnson’s ruling Conservatives resigned after the party lost two key parliamentary seats in one night, raising fresh concerns about Johnson’s leadership and his faltering popularity with voters.

The elections “are the latest in a run of very poor results for our party,” Oliver Dowden said in a letter to Johnson posted on Twitter. “We cannot carry on with business as usual.”

The Liberal Democrats overturned a huge Conservative majority to take Tiverton and Honiton, a rural constituency in southwest England held by the Tories since its creation in 1997.

And the UK’s main opposition Labour Party won back the district of Wakefield in West Yorkshire, one of swathes of seats in the so-called Red Wall of Labour heartlands in northern England that switched to Johnson’s Tories in 2019.

But Johnson now faces renewed pressure from his Conservative MPs, just more than two weeks after four in 10 of them voted to oust him as leader. The political peril facing him is exacerbated by the fact that he’s due to be overseas at various summits for the next week.

Speaking to reporters in Rwanda on Friday, the prime minister insisted he would “keep going” and that the UK’s cost-of-living crisis was a major factor in defeats he described as common for a mid-term government.

“I’ve got to listen to what people are saying,” he said. “We’ve got to recognise there is more we’ve got to do and we certainly will — we will keep going addressing the concerns of people until we get through this patch.”

But the problem for Johnson is that his party is losing faith in a leader whose approach to politics — centred on bullishness and his connection with voters — looks increasingly out of step with the challenges facing Britain.

Johnson has faced intense pressure for months over a series of scandals related to his conduct in office, including being fined by police as part of a probe into illegal parties held in Downing Street during the pandemic.

Veteran Conservative Geoffrey Clifton-Brown, who sits on the backbench committee that sets party rules including on leadership confidence votes, told BBC Radio 4 that MPs now had to listen to the premier and then “make a judgment as to whether we think that is a satisfactory explanation — or whether we should actually take steps to have a new prime minister.”

With support for the Conservatives slumping nationwide, rebels in his party have pointed to the by-elections as moments that could again galvanise efforts to remove him. Their problem is that having narrowly failed to oust Johnson just over two weeks ago, under party regulations the prime minister is safe from another vote for a year.

In reality, though, there’s a view that if the rebels could show they had the numbers to remove Johnson, the rules could still be changed to allow a vote. Johnson could also be effectively forced to resign if his cabinet ministers start turning against him.

The collapse in Tory support in both seats is especially troubling for party strategists as they look forward to the next general election, which must be held by January 2025. They show two types of voters turning against Johnson, in traditional Tory heartlands in southern England, and in the north, where Johnson’s “Get Brexit Done” pledge more than three years ago convinced many Labour voters to switch sides.

Holding on to those new northern England seats is a key part of the Conservative Party’s electoral strategy.

Both special elections were triggered by scandals involving Tory incumbents. In Tiverton and Honiton, former Conservative MP Neil Parish resigned after being caught watching pornography twice in parliament. He had represented the seat for 12 years and was returned with a huge majority of over 24,000 in 2019.

The Liberal Democrats easily overturned this — with new MP Richard Foord winning a majority of 6,144 over his Tory rival. The huge swing of 30% was similar to the 34% swing from the Conservatives to the Lib Dems in another district election in North Shropshire in December.

In 2022, the Tories also lost the rural southern seat of Chesham and Amersham to the Lib Dems — typically regarded as the third party of English politics. The latest result will spark serious concern among Tory MPs representing constituencies in the commuter belt around London and countryside, who fear Johnson has focused too much on the north, taking his traditional Tory heartlands for granted.

But the Wakefield result suggests that Johnson’s efforts in northern England — his “levelling up” mission to close the opportunity gap with richer parts of Britain — doesn’t seem to be paying off either.

Labour’s Simon Lightwood took the seat with a majority of 4,925 over his Conservative rival. The win was widely expected, given the Tories’ slim majority in 2019 and the fact that former MP Imran Ahmad Khan was jailed for sexual assault.