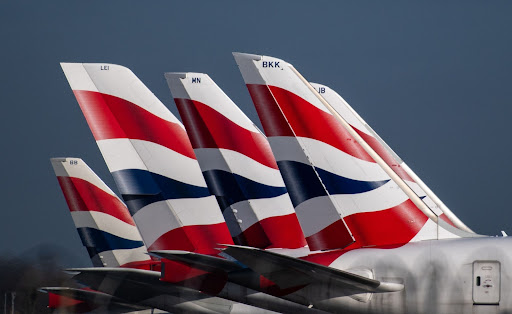 British Airways (BA) workers at London Heathrow airport are set to strike in a dispute over pay, adding to a wave of industrial action across Europe that threatens to unleash travel chaos in the region this summer.

The GMB and Unite unions said on Thursday hundreds of BA check-in staff backed walkouts during the peak holiday period after the carrier refused to reverse a 10% pay cut imposed during the pandemic. Unite said it would give the IAG unit “a short window of opportunity” to reinstate wages before posting strike dates.

Surging inflation has prompted aviation industry workers to step up campaigns for pay hikes, emboldened by a rapid rebound in travel coupled with an industrywide staffing shortage that’s forced hubs across Europe to cancel hundreds of scheduled flights. London Gatwick and Amsterdam Schiphol both said last week they were capping capacity.

BA is especially vulnerable to walkouts after offloading 10,000 staff during the Covid-19 pandemic and already being compelled to curb operations at the busiest time of the year to minimise disruption.

IAG CEO Luis Gallego warned Wednesday in Doha that strikes at BA were a distinct possibility, saying the airline faced a “tough summer” and needed to talk with employees and “link the recovery of the company with the recovery of all our people”.

BA, which employees about 30,000 people, said on Thursday it was disappointed with the strike vote, and that it had offered a 10% payment to compensate for the cuts during the pandemic which was accepted by the majority of other employees.

“We are fully committed to work together to find a solution,” the company said in a statement. “We will of course keep our customers updated about what this means for them as the situation evolves.”

The proposed action relates to fewer than 50% of BA’s customer-facing roles at Heathrow, with another group of check-in staff not balloted.

EasyJet’s Spain-based cabin crew union said this week they were planning nine days of strikes in July, after Ryanair workers in the country announced six days of protests. Staff at the Irish carrier are also planning shorter walkouts in European countries including Italy, France, Portugal and Belgium, where flights are set to be disrupted on Friday or over the weekend.

A pilot union at the French arm of Air France-KLM called a one-day strike for Saturday, though the company said it expected no more than a minor impact on operations.

Any strike affecting BA at Heathrow would come amid continuing confrontation between the RMT rail union and train operating companies over pay and job security as the government seeks cost savings, as well as a similar dispute on the London Underground.

Strikes on the networks have led to days of disruption this week.

Separately, Prime Minister Boris Johnson’s government is moving ahead with legislation to allow employers to use agency workers to stand in for those taking industrial action as the UK battles its worst rail strikes in 30 years.

The framework to be introduced on Thursday by business secretary Kwasi Kwarteng will peel back what the government called “burdensome legal restrictions” and help counter future walkouts, according to a statement.

About 40,000 rail workers staged a second one-day strike over pay and conditions on Thursday after talks between employers and the National Union of Rail, Maritime and Transport Workers failed to produce a deal.