China's leader speaks in general terms, without naming Western states that have imposed sanctions on Russia after it invaded Ukraine 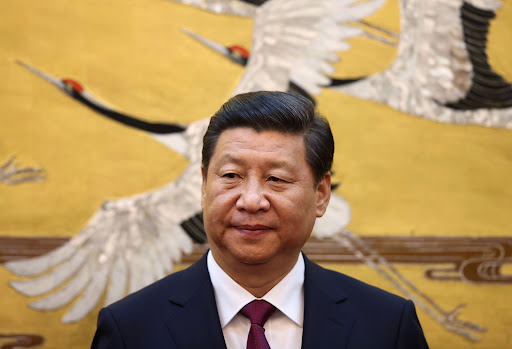 Chinese President Xi Jinping criticised sanctions for stoking global economic pain in a speech kicking off 2022’s Brics summit, as he seeks to bolster relations with emerging markets in the wake of strained Western ties.

Without explicitly naming the US or devastating war in Ukraine, Xi said that the “international community” is worried that the global economy will split into mutually exclusive zones, and called for the world to fight against the hegemony of any one country.

“Politicising, instrumentalising and weaponising the world economy using a dominant position in the global financial system to wantonly impose sanctions would only hurt others as well as hurting oneself, leaving people around the world suffering,” Xi told the Brics Business Forum via video link on Wednesday, according to the official Xinhua News Agency.

The summit, which begins officially on Thursday, offers Xi and Putin a vehicle to expand their vision of a global order after they declared a “no-limits friendship” just before Russia invaded Ukraine. China has since provided crucial diplomatic support for Russia, as Beijing more broadly pushes back against US sanctions and seeks to redefine terms including democracy and human rights.

In his speech, Xi called for the lessons of two world wars to be remembered as he cautioned against confrontation, while again suggesting that Nato was responsible for antagonising Russia.

“Those who obsess with a position of strength, expand their military alliance, and seek their own security at the expense of others will only fall into a security conundrum,” Xi said.

Xi offered an alternative to Western-dominated global governance, including reducing barriers for trade, investment and technology with the World Trade Organization (WTO) at the core, as well as giving emerging economies and developing countries a bigger say in economic governance.

He urged the Brics to deepen co-operation in trade, investment and finance, as well as the digital economy, smart manufacturing, clean energy and infrastructure.

India is expected to counter an anticipated effort by Xi to use the summit to highlight his efforts to build an alternative to the US-led global order, according to Indian officials with knowledge of the matter. Negotiators from the South Asian nation will look to ensure any joint statement from the summit is neutral, they added.

Modi’s government will also seek to delay China’s effort to expand Brics by pushing the organisation to decide on criteria for adding members, the officials said.

In May, China proposed that the grouping should start a process to include more countries.

The Chinese leader is scheduled to host a dialogue on Friday that will include leaders from Brics countries and some from other emerging markets.

China said last month that it wanted to expand the Brics grouping that was formed as a quad in 2009, with SA joining the following year. Chinese foreign minister Wang Yi told an online meeting of his Brics counterparts that Beijing would like to start the expansion process, without specifying which countries might be included.

China is also working to expand its influence in the Pacific Islands, where it has proposed a sweeping trade and security deal with ten nations. That yet-to-be-signed deal, which was dealt a setback last month, has been taken as a sign of Beijing’s intensifying competition with the US and Australia for influence those emerging markets.

Around the world, fuel prices are soaring as are costs for heating, power generation and industrial production — but why?
World
2 weeks ago