Inflation in Canada surges at fastest pace since 1983 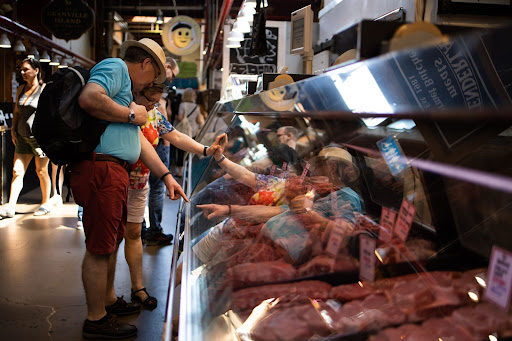 Annual inflation rose to 7.7% in May, up from 6.8% in April, Statistics Canada said in Ottawa. That’s the highest since January 1983 and well above economist expectations for a 7.3% increase. The inflation gauge rose 1.4% from a month earlier with petrol, hotel rates and cars among the largest contributors to the gains in May.

The average of core measures — often seen as a better indicator of underlying price pressures — rose to 4.73%, a record in data back to 1990.

Benchmark Canadian two-year yields dropped as low as 3.26% amid a global rally in government bonds. The Canadian dollar pared losses to trade at C$1.2940/$.

Wednesday’s report illustrates the urgency for governor Tiff Macklem to quickly withdraw stimulus from an overheating economy amid concern price pressures are becoming entrenched in the economy.

The numbers show an acceleration of price pressures, coupled with a broadening of inflation into other goods and services — a trend that is narrowing the central bank’s ability to manoeuvre the economy into a soft landing.

Markets are now fully pricing in a 75 basis point  (bps) rate hike by the Bank of Canada in July, which would bring its policy rate to 2.25%. That rate is expected to reach as high as 3.5% by the end of this year. Prime lending rates offered by commercial banks are typically a little more than 2 percentage points above the policy rate.

“There was no rest for those of us growing weary of escalating inflationary pressures in May,” Andrew Grantham, an economist at Canadian Imperial Bank of Commerce, said in a report to investors. “The higher than expected inflation figure will have markets pricing an even greater probability of a 75 bps hike in July.”

“We’ve been clear all along the economy is in excess demand, inflation is too high, rates need to go up,” Rogers said Wednesday at a conference in Toronto organized by the Globe and Mail newspaper. “We’ll get it there.”

Prime Minister Justin Trudeau’s government has also been under pressure from opposition parties and economists to do more to stem inflationary pressures and help households offset the cost of living, though his administration has been wary of taking any new measures.

Like other countries, Canadian households are being hit by record gasoline prices, paired with surging food costs.

The 7.7% annual reading may not even represent the peak, given that gasoline prices have picked up further in June.

There are also more signs that imported inflation is spilling over into domestic price gains, with the cost of services rising 5.2% from a year earlier, the fastest pace since 1991.

Excluding food and energy costs, inflation was also up 5.2% — a three-decade high.

The cost of living is increasing at twice average wage gains in the country, adding a major headwind to the economy.

Wednesday’s report includes updated basket weights, as well as the inclusion of used car prices for the first time. The statistics agency said the changes didn’t have an impact the consumer price index for May.

The inflation surge has made the Bank of Canada a target of criticism, with some politicians accusing Macklem of moving too slowly.

The central bank has consistently failed to anticipate the growing inflationary pressures, putting it well behind the curve on interest rates. In its last quarterly forecast in April, the central bank predicted inflation would average 5.7% in the first half of 2022.