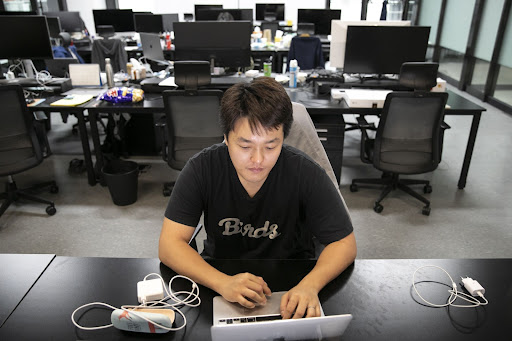 South Korea has banned current and former employees of Terraform Labs from leaving the country, suggesting prosecutors are stepping up their investigation into the TerraUSD stablecoin’s collapse.

An official with the prosecutors’ office in Seoul confirmed that “officials linked to the stablecoin’s collapse” have received travel restrictions, but declined to disclose how many got the notice or describe the status of the investigation.

“Departure bans are normally imposed to have them included for questioning,” the person said by phone.

Yonhap News reported that about 15 people, including former project developers for the Anchor lending protocol, received travel restrictions, citing “legal sources”. Terraform did not respond to email requests for comment.

South Korea’s move comes a little more than a month after the high-profile implosion of algorithmic stablecoin TerraUSD, or UST. About $40bn in market value was erased for holders of UST and its sister coin luna when the stablecoin plunged far below its $1 peg. An investigation into the marketing of UST is under way in the US.

Daniel Hong, a former developer at Terraform, posted on his Twitter feed a government notice telling him that he was prohibited from departing the country from June 20 to July 19. “Stop asking me why i couldn’t make it to NYC frens, this is why: the Korean government imposed an exit ban for all ex-@terra_money employees today” Hong tweeted.

Prosecutors are also looking to invalidate Terraform Labs co-founder Do Kwon’s South Korean passport, local broadcaster YTN reported on Tuesday. Should that happen, Kwon, who is believed to be living in Singapore, would need to return to Seoul to turn in his passport within 14 days.

The authorities may also summon Kwon or issue seize and search warrants to collect related documents from his office, Yonhap reported.