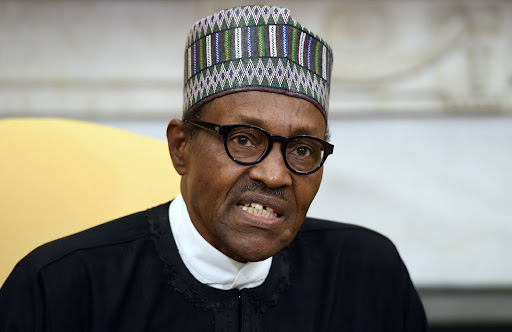 Nigeria’s outgoing President Muhammadu Buhari says his successor will inherit a far more resilient economy, thanks to investments in infrastructure and policies that have bolstered local production.

Under his watch, the government has recovered hundreds of millions of dollars in stolen state funds, built new transport links and beaten back militant group Boko Haram, Buhari said in written responses to Bloomberg News questions. With Russia’s war on Ukraine disrupting global supply chains, the government’s support for its farmers and manufacturers has been vindicated, he said.

“We leave Nigeria in a far better place than we found it,” said Buhari, 80, who is due to step down after February elections.

The former army general’s glowing self-assessment contrasts starkly with that of critics, who point to a struggling economy, spiralling state debt and rampant unemployment. GDP has contracted in two of the past seven years and is now about 10% smaller in dollar terms than when he took office in 2015, IMF data show.

While Buhari said the military has recovered all territory previously held by Boko Haram, the International Crisis Group warned in a March report that a splinter organisation known as the Islamic State West Africa Province has expanded its presence in rural areas of the northeastern Borno state and intensified attacks on the army. Violence has also spread in other parts of the country, with armed groups frequently carrying out mass abductions and killings.

Buhari defended Godwin Emefiele, the central bank governor, who sparked a furore last month when he asked a federal court to rule that he be allowed to run for president while keeping his current position. Emefiele’s brief foray into party politics — which Buhari effectively ended with a presidential order — deepened existing concerns about his independence and amplified calls for his removal.

“Because the governor follows a model outside the economic orthodoxy, he is labelled political. But the orthodoxy has proved wrong time and again,” Buhari said. “The governor is following an alternative economic model that put people at the heart of policy. Nigerians should be free to choose its development model and how to construct our economy so it functions for Nigerians.”

The country has multiple exchange rates, subsidises fuel and taps the Central Bank of Nigeria to help finance its budget deficit. The bank has also been a mainstay of the government’s efforts to boost local production, providing loans to farmers and restricting access to foreign exchange for importers of dozens of products ranging from milk to cement. The authorities have sought to limit the quantity of rice and other goods that enter the country.

Annual production of staples milled rice and corn has risen more than 50% since 2015, US department of agriculture data show. While it estimated in a report in April that Nigeria still ships in 2.2-million tonnes a year to meet rising demand among its more than 200-million people, Buhari said rice imports “have fallen to near zero” .

The government’s interventions in the farming industry have not eased price pressures as the conflict in Ukraine disrupts shipments and international markets. Food costs in Nigeria rose more than 30% in the year to April and have continued to escalate since then.

“We can only imagine what food inflation would be today had we not initiated organised programmes,” Buhari said. “We are making progress.”

After declining to endorse a preferred successor as candidates vied for the ruling All Progressives Congress party’s presidential nomination, Buhari backed the eventual winner, Bola Tinubu. The former governor of Lagos state’s main challenger will be Atiku Abubakar, a former vice-president, who will represent the main opposition Peoples Democratic Party. Besides rising living costs, ballooning debt-service payments and insecurity are among the election issues.

Nigeria’s total public debt has more than tripled to 41.6-trillion naira (about $100bn) since Buhari took office and servicing it consumes almost all of government revenue.

A “narrow focus on debt misses the point,” Buhari said. Borrowing is used to address “Nigeria’s long-standing infrastructure deficit by constructing a foundation for sustainable growth” and spreading opportunities around the country, a lack of which have contributed to insecurity in the past, he said.