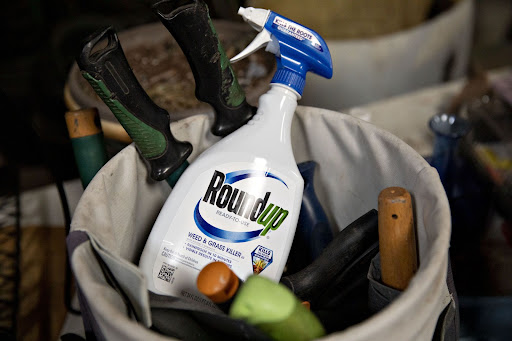 The US Supreme Court rejected a multibillion-dollar appeal from Bayer, refusing to shield the company from potentially tens of thousands of claims that its top-selling Roundup weed killer causes cancer. Bayer shares tumbled.

The justices, without comment, on Tuesday left intact a $25 million award to Edwin Hardeman, a California man who said decades of exposure to Roundup caused his non-Hodgkin’s lymphoma. Germany-based Bayer argued unsuccessfully that the approval of Roundup’s label by federal regulators meant Hardeman’s suit — and others like it — couldn’t go forward.

In 2021, Bayer said a Supreme Court ruling in its favour would “effectively and largely end” Roundup litigation in the US by dissuading future lawsuits. The German conglomerate had pledged $11.6bn to settle lawsuits, and then said last year it was ready to set aside an additional $4.5bn if the justices rejected the appeal. That brought the potential reserve to more than $16bn. The company also said it would set up a renewed programme for resolving current and future suits if the Hardeman appeal was rebuffed.

Shares fell as much 4.7% in Frankfurt following the decision, which analysts said reduced Bayer’s value by billions of euros. So far in 2022, the company had been the best performer of the STXE 600 Healthcare index, with its share price up about 35% compared with a decline of more than 10% for the broader index.

A court victory would have saved Bayer an estimated $3bn from the $16bn the company has set aside to resolve all the litigation, according to Bloomberg Intelligence analyst Holly Froum. Bayer said last year it would pull the current version of the weed killer off the US consumer market in 2023.

Bayer “respectfully disagrees with the Supreme Court’s decision”, the German conglomerate said in an email. “The company is fully prepared to manage the litigation risk associated with potential future claims in the US.”

Matthew Stubbs, a lawyer representing former Roundup users suing Bayer, said: “We’re grateful Scotus [Supreme Court of the US] has put an end to Bayer’s strategy of deny and delay. After years of appeals, not a single court has agreed with Bayer in this case. Today, Scotus has set a clear path for recovery in the courts, and we look forward to having jury trials throughout the country for decades to come.”

The Biden administration last month urged the court to reject the appeal. The justices sought the department of justice’s view on whether state-court suits over Roundup should be barred because federal regulators approved its safety label. The government concluded former users should be able to press ahead with their claims.

Last week, a federal appeals court ordered the US Environmental Protection Agency to take another look at whether glyphosate — Roundup’s active ingredient — is a carcinogen. Studies have linked it to some cancers.

Bayer is still seeking a Supreme Court review of an $87m award to a couple who got cancer after using the herbicide for more than three decades. That Bayer appeal includes a separate line of argument that contends a $70m punitive damage award in the case is constitutionally excessive.

The German chemicals giant inherited the legal mess in 2018 when it acquired Monsanto, the herbicide’s maker. The purchase closed just weeks before the first US jury found Roundup caused a user’s cancer. The company, however, recently won four cases in a row over the product.

Hardeman argued he used Roundup from the 1980s to 2012 on his large plot of land in Sonoma County, about 100km north of San Francisco. He was diagnosed with non-Hodgkin’s lymphoma in 2015. He sued under California law, claiming Monsanto’s failure to warn about Roundup’s carcinogenic risk caused his illness. Jurors awarded him more than $80m, but the verdict was later cut by the trial judge to $25m. A federal appeals court upheld the award.

Bayer has won four of seven Roundup trials so far, with all its losses occurring in California courts. It recently notched a victory in a case in state court in Kansas City in which Hugh Grant, Monsanto’s ex-CEO testified. It was Grant’s first time on the witness box in a Roundup case.