Failure of negotiations means about 40,000 staff at 13 train operating companies and Network Rail will walk off the job on Tuesday 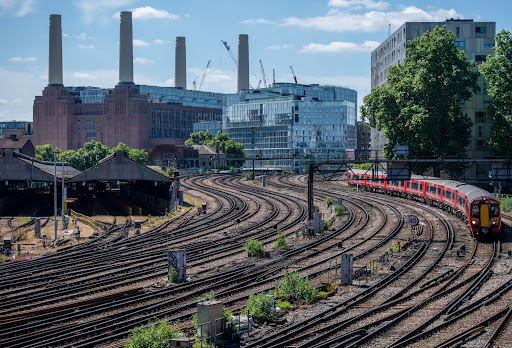 UK rail workers will begin Britain’s biggest rail strike in three decades on Tuesday after unions rejected a last-minute offer from train companies, bringing services nationwide to a near standstill.

A proposal from track manager Network Rail was considered and rejected on Friday, and another one from train companies was turned down on Monday, National Union of Rail, Maritime and Transport Workers general secretary Mick Lynch said in statement broadcast from near Euston Station, north London.

The failure of negotiations means about 40,000 staff at 13 train operating companies and Network Rail will walk out on Tuesday, Thursday and Saturday, bringing commuter services to a standstill nationwide and threatening to cause transport chaos in London. Prime Minister Boris Johnson’s government refused to intervene, saying the dispute was between the companies and their workers.

But Lynch blamed the government, saying the root of the problem is £4bn of budget cuts — £2bn each for Transport for London and the national railways. “That is hobbling this industry and it’s forcing the companies to implement transport austerity and massive cuts to our system,” he said.

In the House of Commons, transport secretary Grant Shapps called that analysis a “fundamental misunderstanding”, and said the money missing from the railways budget was down to lower takings from fares after passenger numbers failed to recover to pre-pandemic levels.

Figures released by the Office of Road and Rail on Thursday reveal the extent of rail’s retreat, with total journeys at only 62% of the pre-pandemic tally in the quarter through March.

The strikes are “orchestrated by some of the best-paid union barons representing some of the better-paid workers in this country” Shapps said, referring to the median wages of train drivers being well above salaries of nurses and other professions.

Yet the RMT argues that many of the strikers are among the lowest paid on the railway networks, including cleaners. The union representing most train drivers, ASLEF, is not joining the national strike.

Labour’s transport spokeswoman Louise Haigh accused Shapps of “washing his hands” of responsibility. “On the eve of the biggest rail dispute in a generation taking place on his watch, he has still not lifted a finger to resolve it,” she said.

Only about 20% of services will survive the stoppages, with Scotland and Wales hit hardest. Tuesday will also see action by 10,000 London Underground workers in a separate dispute over jobs and pensions.

In a move that’s likely to inflame tensions with the unions further, Shapps said the government is planning to end a ban on the use of temporary workers to stand-in for those on strike.

Both the Trades Union Congress and Unite condemned the plans, saying it would only prolong the conflict between employers and their staff.