Pfizer says its Covid pill does not work for healthier patients 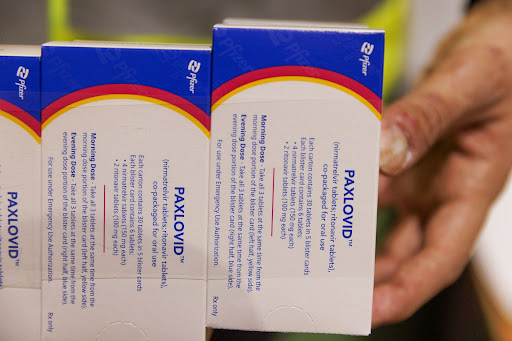 Pfizer plans to stop enrolment in a study of its Covid-19 drug in patients who aren’t at high risk of severe disease after the pill didn’t help alleviate their symptoms, a setback for broader use of the treatment.

The New York-based drugmaker says it will stop adding new participants to a highly anticipated study testing Paxlovid in a broader population of Covid-19 patients who are at low risk of hospital admission and death. The decision comes after the study failed to demonstrate that the drug reduced Covid-19 symptoms among relatively healthy patients and wasn’t able to show a statistically significant reduction in hospital admissions and death.

Pfizer’s shares fell 0.1% in postmarket trading in New York. The results mark the latest blow to the company’s ambitions to expand the market for its blockbuster Covid-19 pill. In late April, it was found in a study that Paxlovid was not successful as a preventive measure for people who had been exposed to the virus.

“The study shows the challenge of demonstrating a benefit of antiviral therapy in previously vaccinated or otherwise low risk individuals,” said Paul Sax, clinical director of the Division of Infectious Diseases at Brigham and Women’s Hospital in Boston. The trial evaluated Covid-19-positive patients who were either unvaccinated or were fully vaccinated with at least one medical condition that increased their risk of severe illness.

Pfizer said in a statement that the study results are not expected to affect its full-year revenue forecast. The drugmaker has already clinched $22bn in contracts for the Covid-19 pill for 2022.

With up to 40-50% of people around the world estimated to be high risk, we believe there remains a significant unmet need for treatment options

The drugmaker said it will focus its efforts on studying the drug in vulnerable populations, including people who are immunocompromised or already in the hospital.

“With up to 40%-50% of people around the world estimated to be high risk, we believe there remains a significant unmet need for treatment options to help combat this disease, and we will continue to prioritise efforts to advance the development of Paxlovid,” said CEO Albert Bourla.

Last month, Pfizer posted a new Paxlovid study on clinicaltrials.gov that will evaluate the safety and tolerability of the drug in a small group of pregnant people in their second or third trimester. The drugmaker is also studying Paxlovid in children and will soon begin a trial in people with compromised immune systems.

In December, Pfizer reported early data from the study showing that Paxlovid failed to ease symptoms among so-called “standard risk” patients, and did not reduce the risk of hospital admission or death in a way that that was statistically significant.

The new results show the study once again did not meet its primary goal of self-reported alleviation of all symptoms for four consecutive days. A secondary measurement of reducing the risk of hospital admission or death was not statistically significant, given the small number of those outcomes in the study.

Paxlovid has an emergency-use authorisation in the US to treat high-risk adults with Covid-19. This is a temporary regulatory designation that can be pulled at any time. Results from the study of standard-risk Covid-19 patients will be submitted to the Food and Drug Administration as a part of Pfizer’s application for full approval of the product.

Preliminary analysis suggests the shot held up against the Omicron sub-lineages BA.4 and BA.5
National
3 weeks ago

There are 100 new Covid vaccines in development. One of them could offer better protection against Omicron.
News
2 months ago
Next Article

How to use volunteer work to boost your employability

How to use volunteer work to boost your employability