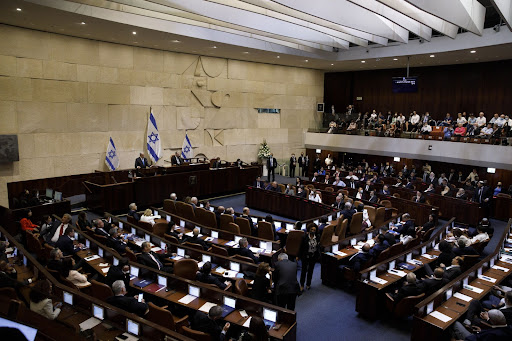 Israel is heading for its fifth election in less than four years as the fractious ruling coalition headed by Prime Minister Naftali Bennett collapsed after a series of internal disputes.

Bennett told the nation late on Monday that he and foreign minister Yair Lapid had decided to act together to dissolve the Knesset, Israel’s parliament.

The election could be held on October 25, the Jerusalem Post reported. Lapid will become caretaker premier for the period leading up to the ballot as laid out in the terms of the coalition agreement. Israel is due to host US President Joe Biden when he makes his inaugural Middle East tour in August.

For opposition leader Benjamin Netanyahu, Israel’s longest-serving premier, the unravelling of the coalition presents an opportunity to dramatically return to power.

In a video released shortly after the news broke, Netanyahu vowed to form the next administration. “My colleagues and I will form a national government led by the Likud that will take care of everyone, all citizens of Israel without any exception,” he said.

Shaky since its inception in June 2021, the coalition was formed primarily around a desire to unseat Netanyahu, who is on trial for corruption, after four inconclusive elections in a two-year period, and was dependent on the willingness of its members to compromise to survive.

It cobbled together secular and religious factions, hawks and doves, free marketeers and social democrats, as well as an Arab party for the first time in Israeli history.

The government managed to pass Israel’s first full budget in three years and helped lead it out of pandemic restrictions but was hit by wrangling among its disparate parties. It has been without a parliamentary majority since April, after the resignation of Idit Silman, a member of Bennett’s own party.

Silman’s move followed a controversy over whether hospital patients should be forced to comply with dietary restrictions associated with a Jewish holiday, and highlighted the coalition’s deep splits over the role of religion and identity in Israeli politics. Violence between Israeli forces and Palestinians also convulsed the ruling grouping.

The collapse of the Bennett administration “is a clear indication that Israel’s worst political crisis did not end when this government was sworn into office”, said Yohanan Plesner, president of the Israel Democracy Institute.

“But rather merely receded only to return when this coalition failed to find a way to continue moving forward,” he said.