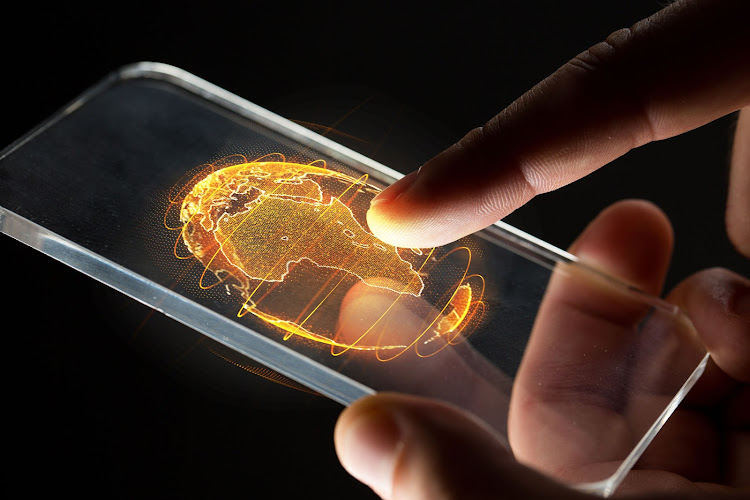 Africa’s technology-dominated start-ups will continue to attract investment, even if at a slower pace, after record venture capital funding in 2021.

The sector has had inflows of $2.7bn since January, more than double the $1.2bn in the first five months of 2021, according to data collated by Futuregrowth Asset Management.

“We still see that African venture capital will be up year on year, albeit at a more subdued growth rate,” said Ian Lessem, managing partner at Cape Town-based Haviac, which makes between four and eight investments in early-stage companies across SA, Nigeria and Kenya every year.

In 2021, Nigeria and SA led the way as investments surged to $5.2bn, according to Cape Town-based Futuregrowth, which oversees about $12bn across a number of asset classes. The financing will likely slow in the months ahead as US investors, who brought in most of the money in 2021, retreat amid a global market downturn.

“The fundamentals for a lot of the businesses in Africa remain very, very strong,” Lessem said. “Good businesses will always raise capital. They may have to work a little bit harder.”

Nigeria, with a population of more than 200-million, is a sizeable market, while Kenyan companies have usually operated across a regional trade bloc of more than 170-million people before expanding further.

The money has mostly gone to technology companies providing services in finance, trade, energy, agriculture and health. Some have seen their valuations grow to more than $1bn, including Flutterwave, Chipper Cash, Andela, OPay and Wave.

Africa-focused start-up funds such as Norrsken 22, Novastar Ventures, Partech Africa and TLcom Capital Partners are raising about  $700m to expand their investment on the continent, according to Futuregrowth. 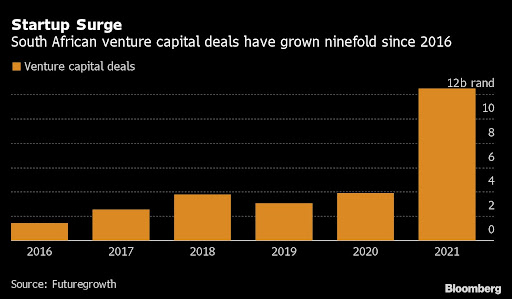 Nigeria and SA attracted the most funds in 2021, followed by Egypt and Kenya. Senegal and Ghana are also putting themselves on the start-up map, according to Futuregrowth research.

“Senegal is growing quite a lot,” said Amrish Narrandes, head of private equity and venture capital at Futuregrowth. Still, “you’ve got the players in those geographies, those three or four will dominate” into the future, he said.

Lessem agrees that West Africa is an area to watch.

“You have an interesting new venture region that is bubbling, which is francophone Africa,” he said. “It’s quite a well functioning trade bloc, common currency, similar cultures, sizeable collective population and markets and an ever growing tech-savvy youth.”

In SA, where the Futuregrowth High-Growth Developmental Equity Fund invests in start-ups, the value of venture capital deals has grown ninefold since 2016.

The relative depth of SA’s capital markets compared with other African nations will help shield it from a downturn in interest from foreign funders, Lessem said.

“With deep local capital markets that in recent years have started to allocate to venture, SA is not as reliant on foreign funding compared to other African markets,” he said. “Their local markets have far less depth.”

SA’s market is probably too small to see start-ups get big enough to raise money through initial public offerings (IPO), he said. Instead, they are more likely to be bought out by companies listed on the JSE.

“The size of the businesses don’t get large enough to justify an IPO locally,” he said. “Given the size of our economy, it makes more sense to be gobbled up by a JSE-listed company.”

South Africa has the opportunity to build on its reputation as the regional best-in-class operator and to showcase its already successful cultivation ...
Business
1 week ago

Telkom shops around for a suitable Swiftnet deal

Telkom shops around for a suitable Swiftnet deal