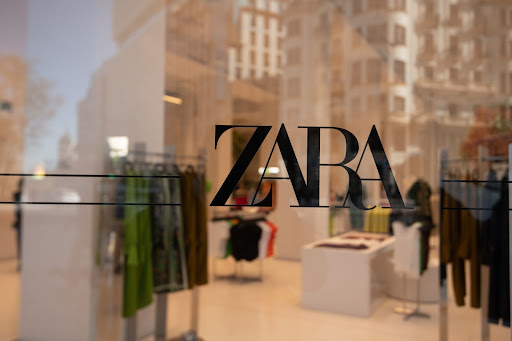 This is not your average cocktail dress. Released last week by Inditex’s Zara as part of a limited clothing collection, this little pink number costs $90 and is sourced, in part, from captured carbon emissions. It’s also officially sold out.

Carbon and other greenhouse-gas emissions are, for lack of a better description, the worst. The build-up of these gases in recent decades is starting to reshape every corner of the planet in terrifying ways. Recent weeks have seen devastating flooding in Yellowstone National Park, wildfires raging in Arizona and California, and extreme heat baking Texas. The pace of these events is putting pressure on companies to reduce their pollution levels.

The fashion industry, in particular, accounts for 2%-8% of global carbon emissions, according to the UN Environment Programme. The industry’s  reliance on plastics for fabrics and textiles is a big part of the problem, even as the industry itself has tried to rebrand the materials as environmentally friendly and good. Reducing those emissions has led some retailers such as Zara to experiment with new products and tweaks to the supply chain.

“The public is very concerned about plastic pollution and the plastic waste crisis; it’s visible to everybody,” said Veena Singla, a senior scientist at the Natural Resources Defense Council. “People want action and solutions, and we see companies across industry sectors responding to that.”

Zara’s dresses included 20% of a special type of polyester made with an ingredient sourced from industrial carbon emissions. The company that helped to develop and make that fabric is LanzaTech, CEO Jennifer Holmgren explained the fabric’s origins.

Steel mills usually flare carbon monoxide and carbon dioxide into the atmosphere, she said. LanzaTech runs a plant at a steel-mill site to easily grab the carbon-monoxide emissions and put them into a reactor, Holmgren said — a process called gas fermentation. Then, a unique strain of bacteria inside the reactor devours the emissions and “poops out ethanol, basically”.

“It’s like yeast when you make beer and you give it sugar and it makes ethanol,” Holmgren said. “We don’t feed it sugar; we feed our organism either carbon monoxide or carbon dioxide.”

LanzaTech’s ethanol, which is chemically identical to fossil-fuel derived ethanol, is then sent to companies that turn it into other chemicals used in polyester fabrics or in other products, such as plastic bottles.

The climate boost from such a limited run of clothes is likely to be minuscule. Without knowing the number of dresses sold — Zara declined to share this information and Holmgren didn’t know — it’s hard to measure how much these collections are helping. “The million-dollar question” about such an emerging technology, according to independent fashion analyst Veronica Bates Kassatly, is, can it scale?

Holmgren says yes. In addition to two LanzaTech plants in China, one of which earned certification from the Roundtable on Sustainable Biomaterials, seven more plants are slated to open globally over the next few years. LanzaTech has produced more than 136-million litres of ethanol since the start of 2021, which it says is equivalent to keeping 150,000 metric tons of carbon dioxide out of the air. It aims to produce 454-million litres by the end of 2023. And while the operating plants use only carbon monoxide as source emissions, there are plans to expand and use carbon dioxide, too.

The start-up has deals in place with several major retail brands, including Lululemon, Coty,  Mibelle and Migros. A spin-off called LanzaJet is producing a type of sustainable jet fuel for airlines.

“Fossil fuel is in everything we use, not just fuel or energy,” Holmgren said. Zara’s dresses, she hopes, will show people “that to decarbonise, we have to change where carbon in everything comes from”.

As Kassatly sees it, if the developments and the technology behind LanzaTech’s fabric work as advertised, they are a step in the right direction — but not the best solution for fashion excess and waste. “The obvious solution is not to produce polyester from something else,” she said, “it’s to produce less polyester.”