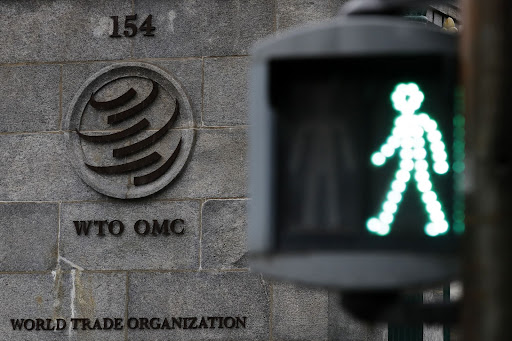 Trade delegates made strategic moves during the WTO’s six-day ministerial conference to deprioritise their national interests to benefit the common good. Picture: BLOOMBERG

As a red sun rose over Lake Geneva on Friday, exhausted trade officials from around the globe celebrated the fact that for the first time in recent memory the World Trade Organization was no longer in crisis.

Bolstered by a successful package of narrow trade agreements, there is now a growing sense that once-taboo compromises among major trading nations are still possible even in an era of rising protectionism and economic fragmentation.

WTO director-general Ngozi Okonjo-Iweala admitted being tired, but was relieved there was something to show for it after she was installed a little more than a year ago with a tough mandate of fixing an organisation almost universally written off as ineffective.

It was a small, symbolic victory that reinstalls hope that this post-World War 2 bastion for peace and prosperity can still deliver tools to address some of most important challenges of the day — the Covid-19 pandemic, food inflation, environmental sustainability and warring neighbours.

“In uncertain and troubled times, the value of global rules is more important than ever,” EU executive vice-president Valdis Dombrovskis said. “These guarantee legal and economic certainty and keep global value chains open and functioning.”

Last week’s WTO negotiations were noteworthy because they proved the world’s governments can navigate huge political disagreements — such as the West’s opposition to Russia’s war with Ukraine — to reach outcomes that advance the cause of economic co-operation.

Trade delegates made strategic moves during the WTO’s six-day ministerial conference to deprioritise their national interests to benefit the common good. A key example was India, which climbed down from its hard-line demands and reached a compromise on issues that have long plagued the WTO negotiating agenda.

There was also quiet but critical compromise between the US and China that settled the question of Beijing’s ability to sidestep patent rights under the WTO’s new intellectual-property waiver.

“The vaccine waiver agreement is important because it shows that the US and China are still capable of working together at the WTO and provides a formula for future collaboration,” said the body’s deputy director-general, Xiangchen Zhang.

Deputy US trade representative Maria Pagan agreed, telling reporters “it is hugely powerful when the US and Chinese delegates are like-minded on an issue”.

While it did not exactly dominate headlines in a week of tumbling stocks and rising policy interest rates, the fact that trade ministers did not let the WTO’s moratorium on digital duties expire was an achievement. It will keep one of the most vibrant sectors of the modern global economy free from punitive cross-border trade restrictions.

There were fears that if the WTO’s 1998 accord lapsed this week, it could result in higher consumer prices for cross-border Amazon.com purchases, Netflix movies, Apple music, and Sony PlayStation games. As a result, the institution’s move to avert new digital tariffs marks an important step forward for the Geneva-based trade body, whose mission is to reduce barriers to cross-border trade, rather than increase them.

The package that ministers delivered last week was in no way perfect. Some of the deals — like an accord to curb harmful fishery subsidies — were incomplete and lacked the level of ambition that the US and others were seeking. But the agreements include provisions that encourage members to find solutions in the months to come, which should instil WTO members with a real sense of purpose for the first time in half a decade or more.

That means WTO negotiators are leaving the negotiating table ready to engage in the next conversation — with a view to fixing the institutional problems that have stymied the organisation’s work for decades.

“The WTO has earned important breathing room to focus on reform in weeks and months ahead,” said Wendy Cutler, a former US trade negotiator and vice-president at the Asia Society Policy Institute.

A test of the relevance of the institution is whether its members can overcome long-held US frustrations and fulfil their pledge to restore a “fully and well-functioning” dispute-settlement system by 2024. If successful, this effort could resolve the paralysis of the WTO appellate body — which until 2019 had the final say in international trade disputes — and make the organisation once again fit for purpose.

“It was great to see that we were not isolated in saying that reform needs to be open, inclusive and transparent,” Pagan said. “I am hopeful this will be a good conversation.”

As global trade reels from the Ukraine crisis and Covid-19, governments and firms are becoming aware that they need more resilient supply chains
World
2 months ago

Could it be that a policy of even-handedness had gone too far? asks Simon Wolfe
Opinion
7 months ago
Next Article