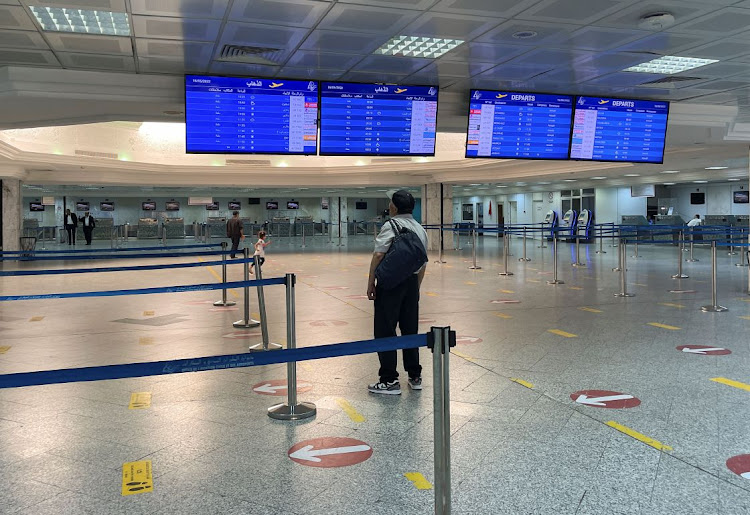 A man stands in the nearly empty airport in Tunis during a national strike Tunisia, June 16 2022. Picture: JIHED ABIDELLAOUI/REUTERS

Most public companies closed while trains and buses stopped running. The stoppage was also likely to disrupt administrative services, as well as operations of state airline Tunisair, power and gas utility STEG, the state phosphate miner and a major oil refiner.

The first nationwide industrial action since November 2018 was called by the powerful Tunisian General Labour Union (UGTT), which represents about 1-million workers at more than 150 state-run enterprises and public bodies. It poses a major challenge for President Kais Saied as a deteriorating economy fuels opposition to his seizure of executive power last year.

The union is demanding top officials agree to talks on reducing the rising costs facing Tunisians — prices fanned by the war in Ukraine — as the government prepares to cut wages and lower food and energy subsidies as part of its negotiations with the IMF. Saied on Wednesday talked with the ruler of the United Arab Emirates on possible investments.

On her way to join a rally near the UGTT’s offices in Tunis, 55-year-old Maryam Masoudi cited the surge in prices. “We live in harsh conditions and the government is indifferent,” she said. “The president is only busy with the constitution. Are we going to eat the constitution?” 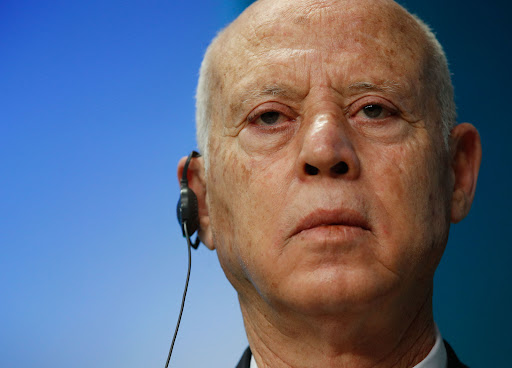 Eleven months after Saied — claiming fractious politicians were ruining the country — suspended parliament, fired the prime minister and began governing directly, tensions are rising in the birthplace of the 2011 Arab Spring uprisings. He has pledged to hold a referendum on a revised national charter in August.

Authorities last week detained and charged a Tunisian journalist for inciting armed sedition after he alleged on Al Jazeera television that the army had refused to comply with purported orders from Saied to take control of UGTT branches and put some union leaders under house arrest.

Rising prices and deepening levels of poverty among its members mean the UGTT will want to achieve real gains for workers and review reform plans submitted to the IMF, said Romdhan Ben Omar, spokesperson of the Tunisian Forum for Economic and Social Rights.

At the rally in Tunis, the union’s deputy secretary-general, Sami Tahri, said 96% of members had backed the strike and urged authorities to take note or face future disruption, according to Diwan FM.

The UGTT has long been a political force but its influence grew during the revolution a decade ago and has risen further as Tunisians blamed bickering politicians for failing to build a strong economy on those hard-won democratic foundations.

Every general strike called by UGTT since 2011 has forced authorities to capitulate to union demands, said Youssef Cherif, who heads the Columbia Global Centres chapter in Tunis. A strong turnout, or the threat of repeated strikes, might persuade Saied to negotiate, he said.

The IMF has urged authorities to ensure the union backs any reform proposals put forward to secure a new funding programme.