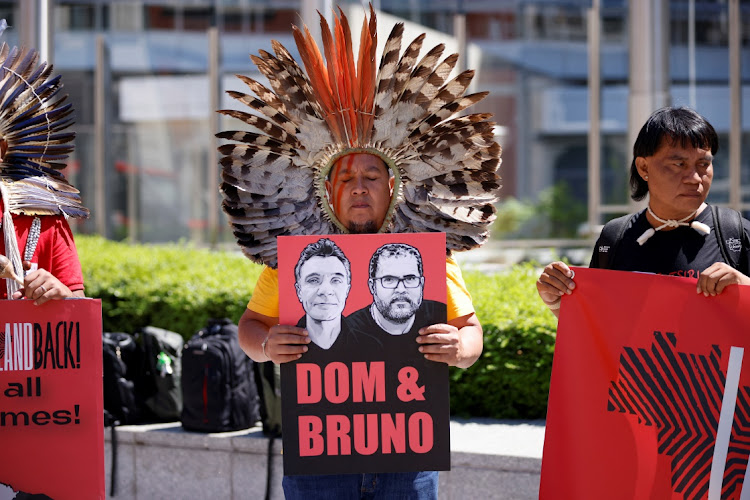 A member of The Articulation of Indigenous Peoples of Brazil holds a placard with portraits of British journalist Dom Phillips and Brazilian indigenous expert Bruno Pereira, as he takes part in a protest calling on the EU to strengthen key parts of its draft regulation on deforestation-free products, in Brussels, Belgium, June 16 2022. Picture: JOHANNA GERON/REUTERS

Brazil’s Federal Police have confirmed that one of the suspects arrested in connection with the disappearance of British journalist Dom Phillips and indigenous activist Bruno Pereira had confessed to killing the pair.

Speaking at an evening press conference, Eduardo Alexandre Fontes, superintendent of the Federal Police in Amazonas, said that the main suspect in the case had taken authorities to a location in the western reaches of Brazil’s Amazon, a border region with Peru where “human remains” were recovered.

The remains need to undergo a forensic examination to confirm that they are the bodies of Phillips and Pereira. The pair’s vessel was sunk and hasn’t yet been recovered, police said.

Brazilian President Jair Bolsonaro on Thursday took to Twitter to express his condolences to the men’s families. His government has come in for some criticism at home and abroad over its track record of calling for development of the Amazon rainforest.

Phillips, a regular contributor to the Guardian newspaper, and Pereira disappeared 10 days ago while on a reporting trip near the triple-border region of Brazil, Colombia and Peru. The two had been interviewing indigenous communities about defending their territory against illegal incursions by hunters, loggers and fisherman. 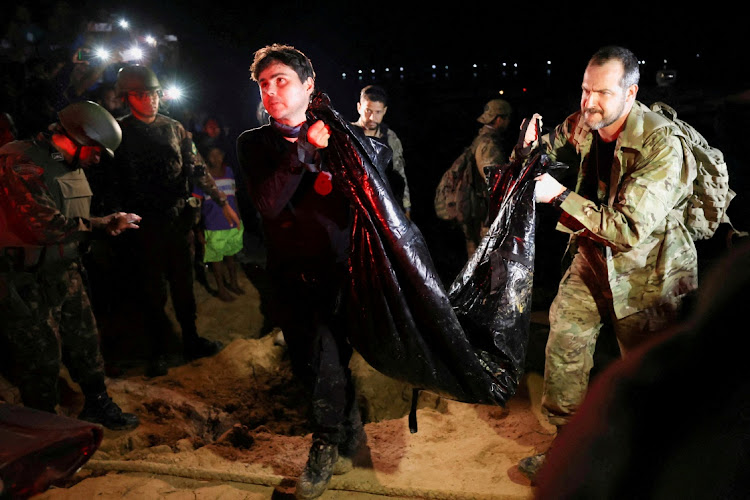 They were last seen June 5 travelling by boat on the Itaquai river in the Javari Valley bound for the city of Atalaia do Norte on a trip that should have taken two hours, but they never arrived. According to indigenous rights groups and family members, Pereira had received death threats for his activism. He was known to travel with a pistol.

A veteran of Brazil’s indigenous agency Funia, Pereira previously supervised the Javari Valley, which has seen an increase in criminal activity from both poachers and drug traffickers. Phillips was working on a book about the Brazilian Amazon.

Police offered their condolences to the families as did the UK’s acting ambassador to Brazil.

“It is with immense sadness that I receive the latest information on the search operation for Dom Phillips and Bruno Pereira. My thoughts are with their family and friends at this difficult time,” Melanie Hopkins wrote on Twitter.

Earlier on Wednesday, UK Prime Minister Boris Johnson said he was “deeply concerned” about what may have happened to the journalist.

According to the police, the search, conducted with the aid of Indigenous people, covered an area of ​​26km2 and the bodies were found 3.1km into the forest.

After a slow start, multiple agencies including the Brazilian navy and federal police joined forces to scour the region by air, land and across winding rivers.