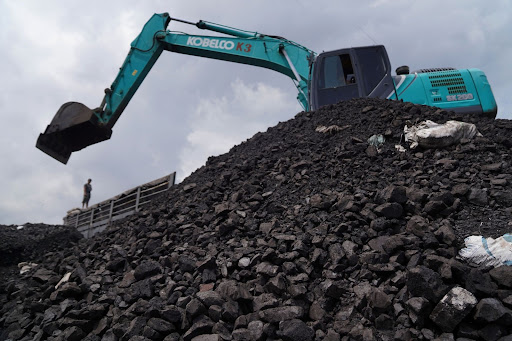 BHP has done a U-turn on its plan to exit thermal coal after surging prices made the assets more valuable and a shift in investor attitudes reduced pressure on the group to stop mining the dirtiest fuel.

The world’s biggest resources companies and their shareholders have grappled for years with the question of whether to get out of the fossil-fuel business. BHP already sold out of a giant coal mine in Colombia and its biggest rival, Rio Tinto, exited coal completely years ago, while top shipper Glencore says it will keep its mines until they run out of coal before 2050.

Now investors are growing increasingly wary of the unintended consequences of divestment, especially as spiking energy prices make it a lucrative business for new owners — meaning more coal could end up being produced for longer. Anglo American spun off its SA coal mines last year into a new company that immediately announced it planned to increase production.

As a result, pressure from environmental, social and corporate governance-focused (ESG) investors to quickly sell coal assets has been replaced by calls on major commodity producers to focus on the responsible — and accelerated — closure of the operations.

“Use of asset divestment as a tool to lower carbon footprints and avoid responsible closure is not acceptable,” Harriet Kater, climate lead for Australia at the Australasian Centre for Corporate Responsibility, a shareholder activist group, said in a statement.

BHP has announced that it will retain its New South Wales energy coal operations in its portfolio.

It will seek to extend the operation’s life until the end of the decade, from the present permitting through 2026. The company said it will work with the local community over the next eight years on a closure plan.

While the company was still looking to sell the mine, it surprised investors by applying to extend mining until 2045, which prompted concerns that a potential buyer could keep the operation open until then.

BHP’s move to exit the business has also been complicated by a price surge that saw Asia’s benchmark Newcastle coal advance to a record high last month. BHP sold its stake in the Cerrejon coal mine to Glencore before prices spiked, which given the structure of the deal meant Glencore got the asset almost for free.

Glencore itself is on course to make record profits from its coal business this year and could overtake Rio Tinto to become the world’s second most profitable miner as a result. The company has been forced to revisit the debate over its coal strategy this year as some investors push for more detail about the plan to wind down coal mines. However, the plan still received support from 76% of investors in a vote in April.

BHP has been seeking to shed fossil fuel assets as CEO Mike Henry focuses the company on its top-earning iron-ore unit, and on metals tied to the energy transition, including copper and nickel.

A sprawling oil and gas unit was divested to Woodside Energy in a deal completed earlier in June, while the firm also last year sold a package of Australian metallurgical coal assets.

BHP has a provision of about $700m for the closure of Mt Arthur and expects rehabilitation work to last about 10 to 15 years after mining ends, the company said in its statement.