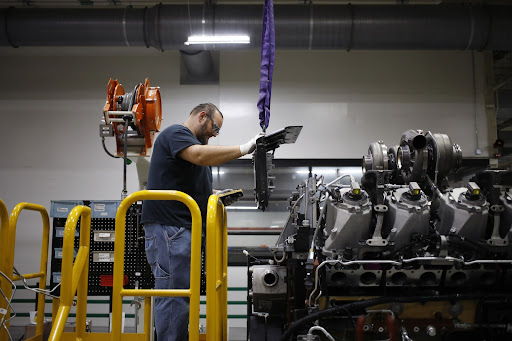 Prices paid to US producers soared in May, underscoring persistent inflationary pressures across the economy that are likely to keep the Federal Reserve aggressively raising interest rates.

The producer price index (PPI) for final demand increased 0.8% from April and 10.8% from a year earlier, labor department data showed on Tuesday. That followed a 0.4% advance in the prior month.

Nearly two-thirds of the May increase was due to an advance in goods prices, especially energy. Excluding food and energy, the so-called core PPI was up 0.5% in May and rose 8.3% from May 2021.

The figures are the latest indication that inflation will remain higher for longer than most economists — and the Fed — had anticipated earlier. Data released last week showed consumer inflation unexpectedly accelerated to its highest level in four decades in May in a broad-based advance that crushed hopes that inflation was starting to moderate.

JPMorgan Chase and Wells Fargo are among a number of banks that are now expecting the Fed to raise interest rates by 75 basis points this week, which would be the largest since 1994. The CPI data, as well as recent inflation expectations, have surprised to the upside, likely leading the Fed to consider a hike of that magnitude.

“The latest PPI data confirm that inflation pressures continue to build across both the goods and services sectors, pressuring the FOMC to act decisively to restore price stability,” Oxford Economics’ Mahir Rasheed and Kathy Bostjancic said in a note, referring to the policy-setting Federal Open Market Committee.

While prices of some commodities have declined from an April peak, broader inflationary pressures don’t appear to be resolving any time soon.

“Risks to producer price inflation remains tilted to the upside in the near term, and any sustained moderation will only come gradually over the second half of 2022,” the economists said.

Prices of goods climbed 1.4%, driven by a 5% increase in energy. Services prices were up 0.4% from April, after dropping in the prior month. That advance included a 2.9% jump in transportation and warehousing costs.

The median forecasts in a Bloomberg survey of economists called for a 0.8% monthly advance in the overall PPI and a 10.9% year-over-year increase.

The final demand for food index was unchanged from the previous month, restrained by declines in the costs of beef and pork. That could be encouraging for consumer meat prices down the line.

Economists look to some categories in the PPI report to gauge the impact on the personal consumption expenditures price index, which the Fed uses as its preferred inflation metric.

Producer prices excluding food, energy, and trade services — which strips out the most volatile components of the index — rose 0.5% in May and were up 6.8% from a year ago.

Costs of processed goods for intermediate demand, which reflect prices earlier in the production pipeline, increased 2.3% in May, matching the strongest since October.