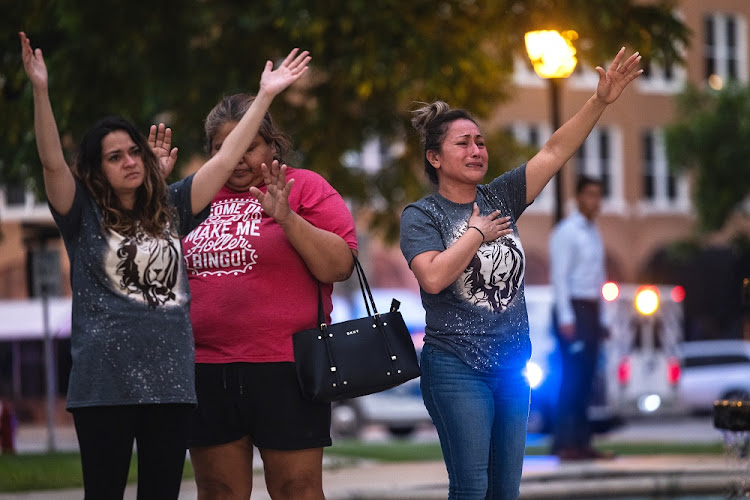 Americans, shaken from news of the Uvalde and Buffalo massacres, are looking to their employers for help.

Three out of 10 employees who were emotionally affected by recent mass shootings have sought out their organisation’s employee assistance programme or plan to do so at least in part due to the events, according to a Morning Consult survey of 2,226 working adults for Bloomberg News.

The shootings follow the pandemic and war in Ukraine, both of which have resulted in an acceleration of requests for already-overwhelmed mental healthcare practitioners.

“We do tend to see an increase in utilisation around national tragedies,” said Dr Dana Udall, chief clinical officer at Headspace Health, a digital mental health services provider. “We have definitely seen an uptick in recent weeks.”

According to a survey from the International Foundation of Employee Benefit Plans and separate research published in the Journal of Insurance Regulation, average employee assistance programme utilisation rates are typically below 10%, though they have increased several percentage points during the pandemic as more employees sought help for a variety of issues, including — but not limited to — mental health.

But employers’ support is coming up short. A third of workers whose companies offer an employee assistance programme or insurance coverage for mental healthcare think their employer is not doing enough to support their mental health. That number is double for workers whose employers do not offer either benefit.

Americans’ mental health has worsened during the pandemic, a situation made more dire by a chronic shortage of licensed providers. Federal data show that three out of four US counties have a severe shortage of mental health providers, while therapists surveyed by the American Psychological Association has reported a surge in demand for treatment of anxiety, depression, and trauma and stress-related disorders. Meanwhile, those seeking help are forced to wait weeks to connect with counsellors as waiting lists balloon.

“Employers have increasingly seen the impact of the pandemic on their workers,” said Michael Thompson, president of the nonprofit National Alliance of Healthcare Purchaser Coalitions. Many people experienced greater isolation, financial loss and death in the family during the pandemic, which has deepened the mental health crisis.

The focus on how businesses have responded has intensified. Last week the Society for Human Resource Management and Thrive Global, a behaviour change technology company, ran a  full-page ad in the New York Times urging companies to pledge their commitment to their employees’ mental health.

Ginger Miller, director of health and benefits for Utz Brands, said she has been taken aback by some of the ways accumulated stress has manifested in the workforce. She recently got a call from an employee who had to cut back her hours because her husband, who drives a truck for the company, has been suffering PTSD flashbacks triggered by the war in Ukraine.

“That never would have occurred to me that one of our associates is having some flashbacks and struggling with that war,” Miller said. Another driver froze behind the wheel of his vehicle, a reaction later diagnosed as a panic attack stemming from childcare-related stress.

“It’s almost like OK, Covid was hard enough,” she said. “And then you have the war and political unrest and battles going on. It’s really hard to reset and just go about a normal routine without some aspect of what’s going on in the world burdening you.”

Employers are casting about for ways to tackle the crisis. Employee assistance programmes that offer short-term counselling, treatment referrals, and other resources have been a corporate fixture since the 1940s. But recently, digital start-ups like Lyra Health and Headspace Health have leveraged telehealth to gain ground, streamlining the process and slashing wait times with virtual appointments and a suite of online resources.

Workshops and group sessions through these providers have emerged as one way to serve many people at once with limited resources — especially in the wake of national events that have widespread impact. Lyra, Headspace Health, Talkspace and others have hosted gatherings on coping with gun violence and race-based hate crime in response to the recent shootings, often offering guidance for parents on how to talk to their children about these events.

“One of the advantages of group-type support is that they are more readily scalable and can make maximum use of scarce resources,” Thompson said. “In doing so, you're actually able to be more specialised in the nature of support you provide. For example, we know that racial trauma has been an ongoing issue,” he said. “People can self-select into the group session, the best fit for their issues. It's a way to provide extended support.”

In the past two weeks, demand for “disruptive event management” support activities like group sessions has risen fourfold, according to Jim Kinville, a senior employee assistance programme director at the University of Pittsburgh Medical Centre. The centre has created a toolkit for customers to use that has tips on how to talk to children about mass shootings. In Pittsburgh, there was a mass shooting at the Tree of Life synagogue in October 2018.

“A lot of kids internalise this and that creates its own challenges,” said Matthew Hurford, vice-president of behavioural health for the centre's’s insurance services. “So we’re discussing it more frequently and making sure it’s an open discussion. People are now much more sensitive to the fact that this can happen anywhere.”