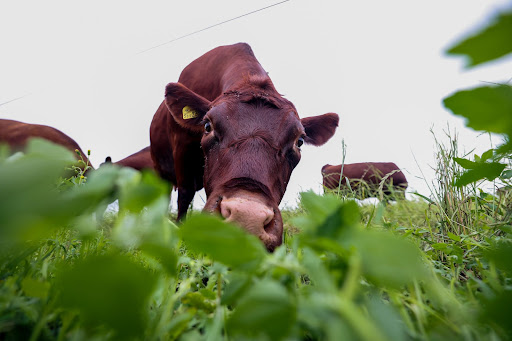 The EU will struggle to meet its methane emission targets unless it reduces the amount of livestock in the region, according to a new study.

The bloc will find it “difficult” to live up to its Global Methane Pledge commitments to slash emissions of one of the most potent greenhouse gases by 30% by 2030, according to the report by CE Delft for the Changing Markets Foundation. Should the bloc be able to persuade 10% of citizens to switch to diets containing less meat and dairy, a reduction of 34% could be obtained, it said.

Curbing emissions stemming from agriculture remains largely taboo in Europe, with governments preferring to focus on reducing methane leaks from fossil fuel production or waste. Raising animals, especially cattle, drives about half of the industry’s footprint.

“Agriculture is the achilles heel of Europe’s methane strategy,” said Nusa Urbancic, campaigns director at Changing Markets. “Methane emissions from the EU farms are equivalent to the total emissions of 50 coal-fired power stations, yet the policies which could deliver significant cuts by encouraging a shift to healthier diets with less meat and dairy are completely absent from EU plans.”

The “business-as-usual” scenario would result in livestock emissions falling by less than 4% by 2030, but a shift to less meat-heavy diets would see a fall of 30%-38%, the analysis showed. Energy, meanwhile, accounts for about 13% of methane released in the EU and so measures on the sector may be limited unless similar action is taken globally.

More than 100 countries have signed up to the Global Methane Pledge, unveiled at last year’s COP26 climate summit in Glasgow. Regulation unveiled by the EU to tackle methane emissions in 2021 left out the agriculture sector, instead choosing to focus on discharges from oil and gas production.