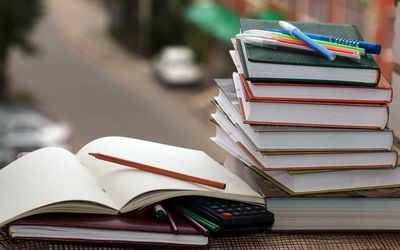 New schoolbooks will teach children in Hong Kong that it was never a British colony, the South China Morning Post reports, highlighting Beijing’s campaign to revamp education in the city.

The four sets of textbooks for a class on citizenship say the Chinese government never recognised the 19th-century treaties that handed Britain control of Hong Kong, the report says. They also stick to the government’s stance on the large and sometimes violent protests in the city in 2019, blaming them on “external forces”.

The educational materials have been provided to schools so they can pick which ones they want to teach from September, the newspaper said. Textbook publishers are responsible for choosing the appropriate materials for schoolbooks in accordance with official guidelines, the education bureau said in a statement.

China’s ruling Communist Party refers to agreements signed by the Qing dynasty and later governments that made concessions to foreign governments such as land control as “unequal treaties”.

Beijing’s refusal to recognise the treaties informs its belief that Hong Kong matters are strictly domestic. In 2019, China’s then ambassador to the UK, Liu Xiaoming, accused London of “gross interference” for what he saw as support for protesters. Some in China also hold the view that admitting Hong Kong was ever a colony would open the door to its independence, a demand of some demonstrators.

Britain took Hong Kong Island during the First Opium War (1839-42) and later signed a treaty that gave it control over the adjoining New Territories for 99 years. That agreement ended with the handover on July 1, 1997, an anniversary that is marked every year in the city. This year’s event may be attended by Chinese President Xi Jinping, whose government has expanded control over Hong Kong through measures including a revamp of the electoral system.

Beijing has blamed, in part, the city’s schools for fostering the dissent that fuelled the 2019 protests against the Communist Party’s increasing influence.

Since that unrest, sweeping changes to the curriculum have seen children taught to memorise offences criminalised by a Beijing-imposed security law, a National Security Education Day launched in schools and teachers advised to report on children who breach that legislation.

KEITH MICHAEL: Education in SA needs all the help it can get

KEITH MICHAEL: Education in SA needs all the help it can get