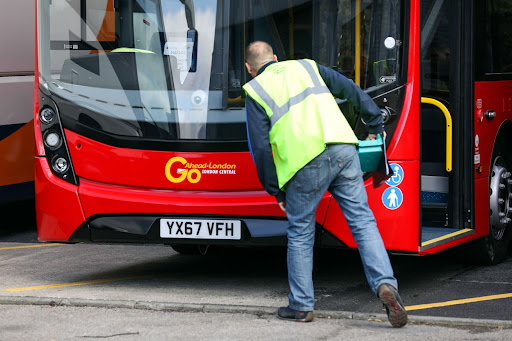 Shareholders of Go-Ahead will receive a total of 1,500p per share in cash, according to a statement on Monday. That represents a 24% premium to Go-Ahead’s closing price on Friday, the last full trading day before Bloomberg News reported takeover interest in the company.

Go-Ahead stock closed 12% higher Monday and added a further 15% early Tuesday, trading at 1,550p at 9.11am in London, after rival suitor Kelsian Group said that it remains interested in bidding.

Takeovers of UK transport companies have been picking up as investors bet on a rebound in post-Covid travel and seek the steady, long-term returns offered by government-backed contracts. DWS Infrastructure agreed in March to acquire bus operator Stagecoach Group, trumping an earlier offer from National Express Group. Earlier this month, British bus and train operator FirstGroup rejected a takeover approach from I Squared Capital.

The Kinetic consortium is offering 14,500p a share in cash for each Go-Ahead share, and investors will receive a special dividend of 50p a share in place of a final dividend for this financial year.

Kinetic, which runs the largest bus network in Australia and New Zealand, is teaming up with Madrid-based Globalvia Inversiones, which operates metro railways in four Spanish cities, as well as international highway concessions. Both are backed by Canadian pension fund OPTrust, which Bloomberg reported earlier was in advanced talks with Go-Ahead on a potential acquisition.

Go-Ahead directors plan to unanimously recommend that shareholders vote in favour of the deal, according to Monday’s statement. It is expected to be completed in October subject to regulatory approvals.

Globalvia CEO Javier Perez Fortea said in an interview that the agreed deal is fair and reflects the true value of Go-Ahead. Michael Sewards, co-CEO of Kinetic, said talks have been under way for some time and that Go-Ahead is the only business of interest in the UK, with plans already developed for further electrification and decarbonisation of its fleet.

Adelaide-based Kelsian meanwhile said on Tuesday that it “continues to carefully assess the opportunity with a disciplined focus on the strategic and financial rationale”. The company confirmed it has been in talks with Go-Ahead and that any offer would be all-cash, though there’s no certainty of it bidding.

The company already provides buses in London through its Tower Transit London unit, though the company last month agreed to sell its operations and depot in the east of the city to Stagecoach for £20m.

Go-Ahead runs nearly a quarter of buses in the UK capital, including some of the city’s zero-emission fleet.

It also operates Govia Thameslink, the UK’s biggest railway company, which is in charge of commuter-train services into London as well as the Gatwick Express line to one of the capital’s airports.

Go-Ahead was awarded a contract in March to run the network for three more years. It also operates transport services in Ireland, Singapore, Norway and Germany.

In September, Go-Ahead and its French partner Keolis were stripped of their rights to run the Southeastern rail network, which connects London with the counties of Kent and Sussex, after failing to turn over funds to the government as specified by franchise terms.

The sale of Go-Ahead comes as Britain’s RMT labour union threatens a three-day strike of 50,000 rail workers starting on June 21 in a dispute over pay and job security.

UBS Group is lead financial adviser to the Kinetic consortium, which is also working with Banco Santander. Mitsubishi UFJ Financial Group and Santander are providing debt financing for the deal. Rothschild & Co. is lead adviser to Go-Ahead, which is also receiving advice from Investec Plc and Peel Hunt.

Australian investment firms including Macquarie Group and AustralianSuper have also been targeting infrastructure assets more broadly in the UK, planning to invest £28.5bn in the coming years. A Macquarie consortium earlier this year agreed a multibillion-pound deal to buy 60% of the National Grid gas-transmission business.