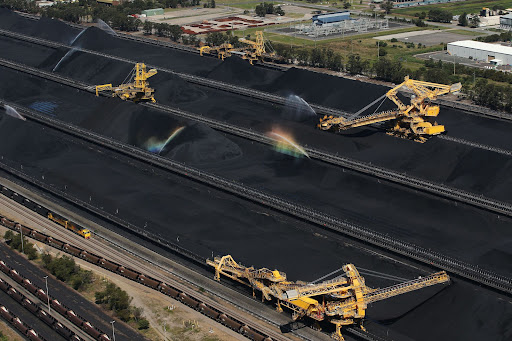 Glencore is getting rich on coal. The company is on course for another year of bumper profits, its shares just hit a record high — a feat that looked unlikely for most of the last decade — and investors are set for a windfall of returns.

But some of them are now asking exactly how it’s all going to end.

For years the commodities giant has sought to balance two competing aims: securing the huge potential returns from its coal business and keeping investor support for mining the world’s most polluting fuel. Until recently, its shareholders appeared overwhelmingly content with a promise to stop producing coal once the current mines run out.

Now, it’s being forced to revisit the debate. Enough shareholders voted against the climate-change plan in April to trigger a consultation process, which is now under way. Some investors are pushing for increased detail about the wind-down plan and assurances that coal production numbers will not jump back up in the years ahead.

Still, with 76% of investors still supporting its climate strategy and much of its shares held by former executives and long-time supportive backers, there is little imminent sign of a wider revolt. The company also has some of the world’s best copper, nickel and cobalt mines, key commodities for the energy transition.

When the mining industry came under pressure over coal production in the past decade, and most of Glencore’s rivals took the decision to exit thermal coal, the company set itself apart with a plan to keep producing and instead promising to cap its coal production and run the mines to closure by 2050.

That position won widespread backing, especially as some investors started to question whether divestment by big international producers would have unintended consequences. Now, however, some of that support has softened as shareholders push for more details on what Glencore’s coal rundown will actually look like. The company has given little detail about the plans and how quickly the mines will be phased out.

On Monday, the Australasian Centre for Corporate Responsibility (ACCR), a shareholder advocacy group, wrote to Glencore’s chair and CEO seeking more clarity. The ACCR, along with influential advisory firms Glass Lewis & Co and Institutional Shareholder Services, had urged shareholders to vote against the company’s climate change strategy at its April investor meeting.

“Six weeks ago Glencore received a clear message from almost a quarter of its shareholders: fix your climate plan and your approach to coal,” ACCR said. “In Australia, Glencore is advocating for large new and expanding thermal coal projects well into the 2040s and beyond.”

Among five recommendations, ACCR said it wants a projection of emissions from coal between now and 2050, as well as assurances that coal production will not rise between now and the middle of the next decade.

The letter follows on the heels of the latest push from activist investor Bluebell Capital Partners, which last week again asked Glencore to overhaul its climate policy. London-based Bluebell wants Glencore to put forward a plan at next year’s annual meeting to separate its coal activities. Bluebell also asked for more detail on the firm’s pathway to net zero.

Bluebell, which manages about $250m, has declined to disclose the size of its stake but said Glencore was one of its largest bets.

“We continue to engage with our stakeholders regarding our climate transition action plan so as to ensure that their views are fully understood,” Glencore said in a statement.

While Glencore seeks to reinforce support for its coal business, it has never been making more money from the fuel. Analyst expect the company to reap more than $33bn in profit this year, with coal the commodity making the most money.

Thermal coal prices have surged in a remarkable comeback for a commodity that many thought was on its way to being phased out. A global energy crunch sent demand soaring even before Russia’s invasion of Ukraine, and importers across Asia and Europe are rushing to secure alternatives as they shun Russian material.

That  is likely to mean oversized returns for Glencore’s investors. With net debt within its guidance range, the company has indicated that shareholder returns will be its big focus. Citigroup forecast that alongside $10bn in dividends, it could fund a further $20bn of buybacks in the next two years.

JABULANI SIKHAKHANE: Glencore was no hapless victim of the Guptas as Zondo ...

JABULANI SIKHAKHANE: Glencore was no hapless victim of the Guptas as Zondo ...