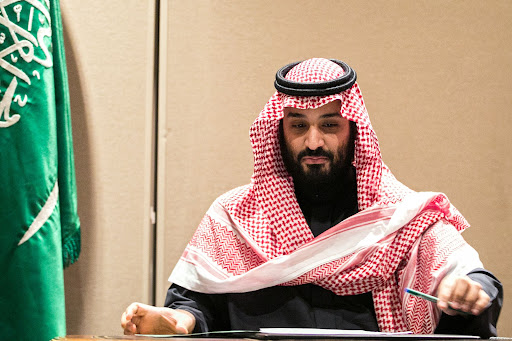 US President Joe Biden will travel to Saudi Arabia in July and meet the country’s de facto ruler, Crown Prince Mohammed Bin Salman, a trip intended to mend US ties with a nation Biden once promised to make a “pariah” over its human-rights abuses.

Biden’s visit to the kingdom will follow stops in Israel and the West Bank, where he’ll meet Israeli Prime Minister Naftali Bennett and Palestinian Authority president Mahmoud Abbas, the US said.

The Saudi stop, however, is poised to emerge as the headline event as Biden looks to coax an increase in oil production, ease record-high fuel prices and beat back criticism that he’s softening his objections to the kingdom’s human rights record, including the slaying of Jamal Khashoggi, a US resident and Washington Post columnist.

Biden’s willingness to travel to the kingdom shows the extent to which his efforts to lower fuel prices and further isolate Russia over its invasion of Ukraine have overtaken his desire to take a harder line against Riyadh.

Biden in 2019 pledged to make the kingdom “the pariah that they are”, and his administration issued a declassified report in 2021 finding that the Saudi crown prince was responsible for the 2018 killing of Khashoggi inside the kingdom’s Istanbul consulate. Biden also had declined to speak directly with MBS, as the crown prince is known, with his administration saying his appropriate counterpart was defense secretary Lloyd Austin.

The crown prince has denied ordering the Khashoggi killing but said he took responsibility for it as his country’s de facto ruler.

Biden’s diplomatic tightrope was evident even in the announcements — the written US documents didn’t mention any meeting with the crown prince and US officials said only that he and Biden are expected to meet, while remaining coy on the format. A statement from the Saudi embassy in Washington said flatly that Biden and the prince will engage in “official talks”.

The Saudi embassy statement added that the two leaders would focus on a variety of issues including economic investment, cybersecurity, climate, food and energy security.

Pressed by reporters on Tuesday, White House press secretary Karine Jean-Pierre said, “Yes, we can expect the president to see the crown prince as well.”

Biden declined to comment on the visit as he boarded Air Force One on Tuesday for a speech to the AFL-CIO in Philadelphia.

Biden will travel from July 13-16 and is expected to meet nearly a dozen foreign leaders during a regional summit in Jeddah, Saudi Arabia, including a virtual session with Indian Prime Minister Narendra Modi and the leader of the United Arab Emirates, Sheikh Mohammed Bin Zayed.

A senior administration official, briefing reporters ahead of the announcement on condition of anonymity, said the visit is the culmination of months of US diplomacy with Saudi Arabia and Mideast nations, and that the Saudi relationship with the US required recalibration but had not ruptured.

Biden has also previously criticised a Saudi-led coalition’s air campaign against Houthi militants in Yemen’s civil war, in which tens of thousands of civilians have died, according to the UN.

Russia’s invasion of Ukraine in late February reordered Biden’s diplomatic priorities across the globe, including in the oil-rich Middle East.

The president has endeavoured to bolster global energy supplies to replace Russian output and curb soaring gasoline prices that damaged his political standing. Fuel prices, at the same time, are weighing on his party’s fortunes in November midterm elections, with the average price more than $5 a gallon nationally, according to the AAA automobile club.

The Saudi-led Opec+ cartel agreed earlier in June to a modest oil production increase in July and August, a gesture that was welcomed by the Biden administration. It came after multiple visits to Saudi Arabia by Brett McGurk, the top White House adviser on the Middle East, and Amos Hochstein, the state department’s senior adviser for energy security.

Biden also praised Saudi Arabia’s role in brokering an extension of a truce in Yemen.

“Saudi Arabia demonstrated courageous leadership by taking initiatives early on to endorse and implement terms of the UN-led truce,” the president said in a statement this month.

The senior administration official said that the crown prince played a critical role in bringing about the truce, which the official said has resulted in one of the most peaceful periods since the war began seven years ago. The official said the truce is an example of why continued US engagement with Saudi Arabia is important.

The president indicated earlier in June he would raise human rights issues if he decided to visit Saudi Arabia, saying “I’m not going to change my view on human rights.”

Plan to sell record amounts of emergency US oil could backfire

Plan to sell record amounts of emergency US oil could backfire