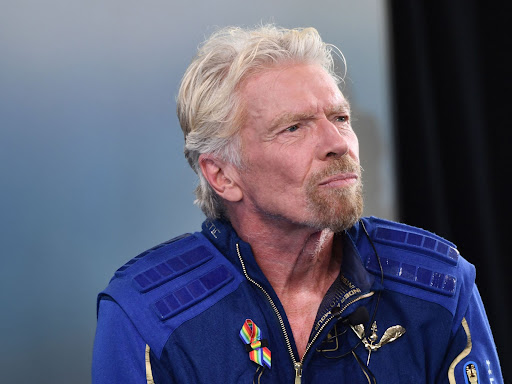 British billionaire Richard Branson hit out at cryptocurrency scammers and said he’s stepping up efforts to stop his name from being used to convince unsuspecting victims to sign up to fraudulent schemes.

“It’s a terrible thing because it affects a small person who can ill afford it,” Branson said in an interview in Austin, Texas. “We are doing enormous amounts to try to stop it.”

The Virgin Group founder said he has spoken with Meta Platforms’ outgoing COO Sheryl Sandberg about erroneous promotions appearing on Facebook, and directed lawyers to confront other social media players whose platforms have hosted fake advertising.

Branson spoke in Austin during a promotional visit after his Virgin Atlantic Airways launched flights there. The city was also hosting CoinDesk’s Consensus conference, one of the crypto industry’s largest annual confabs.

In the UK, Branson has joined with business figures including Martin Lewis, founder of consumer website MoneySavingExpert.com, to persuade the government to include paid-for scam ads in the new Online Safety Bill, which will make tech firms responsible for user-generated cons. Legislation including the amendment was published in March and is proceeding throughparliament.

Branson’s name may be particularly open to exploitation because he has backed bitcoin as a sensible investment. A report last year from the UK’s National Cyber Security Centre listed him as among celebrities whose names are most often used by cryptocurrency fraudsters.

The scams typically feature fake online newspaper reports in which individuals appear to endorse crypto schemes that readers can access via links in the articles. Money is extracted from the unwary in a variety of ways, including so-called advance fee frauds seeking upfront payments.

Despite the rout in cryptocurrencies, Branson said he continues to recommend bitcoin purchases via legitimate avenues as long as individuals aren’t overexposed.

“If people can afford it I still would put a little bit of money into bitcoin, maybe a couple of percent of one’s investments,” he said.

Cryptocurrency has also provided a vital option for people who might otherwise have lost their savings, he said, for example Ukrainians fleeing the war or people escaping Afghanistan after the Taliban regained control, who “would be very glad that they didn’t have all their money tied up in a local currency.”

Branson’s space venture, Virgin Galactic , is open to taking payment in bitcoin from would-be astronauts, with billionaire twins Cameron and Tyler Winklevoss, founders of cryptocurrency exchange Gemini Trust , having made just such a booking.

Tech startups have drawn all the young, hot talent for more than a decade. Now the pendulum is swinging in the other direction.
Business
3 weeks ago

Values have taken a beating lately, and some have crashed so hard they have blinked out of existence
Opinion
3 weeks ago