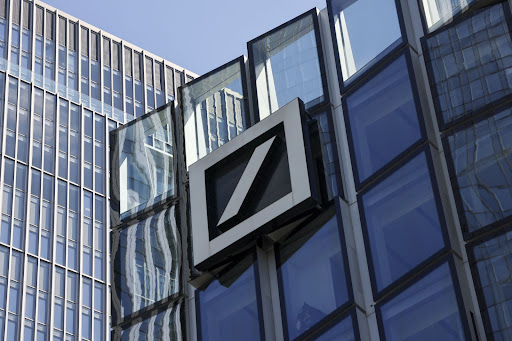 The head of the bank’s EMEA wealth-management unit is hiring to service family offices. Picture: BLOOMBERG

Marco Pagliara is looking to shake up one of the world’s most exclusive markets. The CEO of Deutsche Bank’s wealth-management unit for Europe, the Middle East and Africa (EMEA) wants to bolster the lender’s global share in the high-touch business of serving family offices, the discrete firms that manage the finances of the ultrawealthy.

Pagliara’s unit has already hired more than 15 private-banking executives since the start of 2021 from rivals including Credit Suisse, Barclays and UBS to build up Deutsche Bank’s wealth management operations worldwide. He is now seeking to find relationship managers in London and Switzerland with expertise in family offices.

“You have to look in places where family offices are based and operate from,” Pagliara said in a recent interview at Deutsche Bank’s London office. “We have opportunity in that space.”

The Frankfurt-based firm is building up its wealth management services globally as part of its ambitions to become the eurozone’s largest private bank. A key element of the plan is to tap into existing relationships with business owners who have been using investment banking products for their companies and win them over as wealth management clients.

Deutsche Bank hired Paul Sayers in 2021 from HSBC as the head of its international private bank for Africa, as well as a team of UBS bankers and Andrew Gallant from Barclays to cover family offices and wealthy individuals for areas including Northern Europe and the UK.

“We’re now consolidating all the hiring we’ve done in 2021,” said Pagliara, whose role does not include overseeing Germany, Italy or Spain. “I expect that 2023 will again be a big year for us.”

Global banks are vying for a greater share of the wealth created in recent years, driving fierce competition for advisers who can bring billions of dollars in client assets. JPMorgan and Goldman Sachs are also expanding their private banking business in the EMEA region, while in May Citigroup opened offices for its wealth unit in Paris and Frankfurt.

While the surge in fortunes of the past few years is under strain as inflation upends markets, Pagliara is aiming to grow his unit’s business in areas including the UK, SA and the Nordics.

Deutsche Bank joined its rivals in pulling back from Russia after the nation’s invasion of Ukraine, leading to Pagliara looking more to Poland and the Czech Republic for growth in Eastern Europe. “Russia for the foreseeable future will not be a place of focus for anyone,” he said.

Pagliara joined Deutsche Bank from Goldman Sachs in 2019 as the German lender started its turnaround plan under CEO Christian Sewing. The Italian native declined to reveal the number of wealth advisers in the EMEA division, though global private-banking head Claudio de Sanctis said in May his unit has hired about 300 relationship managers in recent years.

Revenue at the global private banking unit rose 4% in the first quarter from a year earlier to €863m, while assets under management were little changed at €547bn.

“At the beginning, it was a little bit more challenging, although possible,” Pagliara said on hiring staff during his tenure at the bank. “Now I think it’s easier to get and talk to the right people.”

The area in Cape Town where the global tech giant hopes to build its HQ has been portrayed as one with great potential for development and a ...
News & Fox
2 months ago

It’s worth noting that these first-quarter results are compared with those from the same period a year ago, when stores were closed in many countries
Opinion
2 months ago
Next Article