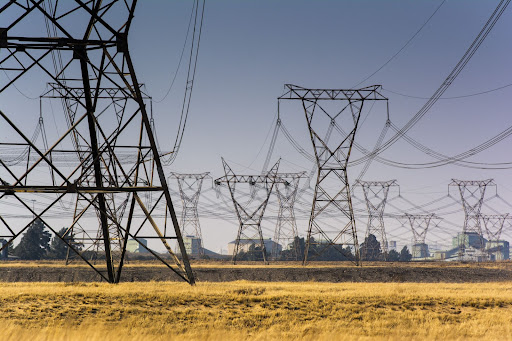 Eskom said it will give the transmission unit that it is transforming into a separate entity a R39.9bn loan to make sure it can complete projects and be financially viable.

The loan will be guaranteed by the transmission unit’s assets with Eskom’s creditors able to call on them if the utility doesn’t pay them, it said in a presentation to creditors on Thursday. Government guarantees will remain in place. The company will be known as the National Transmission Company of SA (NTCSA).

Eskom’s board will approve an annual borrowing plan for the transmission company and this will come in the form of inter-company loans, the utility said. Any borrowing over and above the plan will need to be approved by Eskom.

“Eskom is extremely careful to not put its non-sovereign guaranteed creditors in a disadvantageous position,” said Okan Akin, a credit analyst at AllianceBernstein in London who listened to a call Eskom held for creditors on Thursday. “They seem to have come up with a very intricate structure to mitigate any structural subordination risk,” he said referring to the danger that Eskom’s own creditors would only get paid after obligations to the subsidiary’s creditors had been met.

The state power utility, which is R396bn in debt, is separating into transmission, generation and distribution units that will operate as separate entities in a bid to improve its operational and financial performance. The company has subjected SA to intermittent power outages since 2008.

Still, the separation was unlikely to resolve Eskom’s woes,  Akin said. The company’s power plants regularly break down, it has complained that the tariffs it’s allowed to charge are too low and many municipalities are in debt to the utility.

“The real elephant in the room is Eskom’s unsustainable debt load,” Akin said. “Without finding lasting solutions to these issues, debt transfer will only give them temporary respite.”

The transmission unit, which will be the first business to be separated, will take control of employees, contracts and assets when all conditions are met including obtaining licences from the national power regulator.

Its purpose is to act as a national transmission network operator and a system market operator, allowing it to take in electricity from Eskom and privately run power plants as well as channelling imports from countries such as Mozambique.

The company is expected to buy 218,000 gigawatt hours (GwH)of power annually, with 77% of that coming from Eskom power plants, 19% from independent generators and 4% from imports. In turn it will export 5% of the 212,000GwH it expects to sell and the rest will be sold within SA.

As of 2021, it had 33,158km of transmission lines and 154,500 megavolt amperes of transformer capacity. Eskom has previously said it may need to spend an additional R180bn to strengthen and expand its transmission and distribution networks.

The company’s assets and liabilities will match at R80.5bn each and will include a R20.8bn equity injection from Eskom, according to the presentation. From later in 2022, the regulator will be asked to determine a separate transmission tariff, which will provide the company with revenue, while Eskom will still use a generation and distribution tariff.

“The resulting specific transmission tariff should be sufficient to enable NTCSA to run its operations in a manner that is cost efficient,” Eskom said in the presentation.

The inter-company loan consists of R17.7bn to complete transmission projects while R22.9bn will go into a general pool of funding. The rest — R700m — is in the form of a derivative for risk management.

The company is forecast to break even in about fiscal 2025 and make net income of more than R5bn in fiscal 2027. A target of the third quarter of 2022 has been set for obtaining creditor approvals and licences from the regulators to allow the separation to go ahead.

SA will need to add 50,000MW to the grid within the next 15 years to meet growing energy needs
National
1 month ago
Next Article