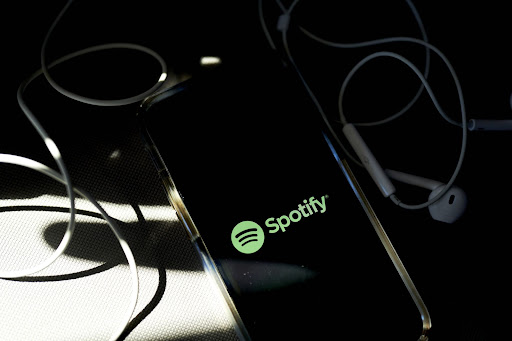 People on the prowl for a new podcast to consume often go for a stimulating option such as a political debate or a true crime mystery to quicken the pulse. But when the din of the world becomes too much, listeners often need the opposite vibe: something soothing and sedating, maybe with the sound of static or falling rain. Perhaps a touch of crickets.

While the top of the podcast charts on Spotify and Apple are still dominated by garrulous, jawboning hosts, these days you can also reliably find a smattering of white-noise shows appearing in the mix. Relatively new to the podcast scene, the tranquil programmes haves names such as Calming White Noise, Best Noise Labs, Relaxing White Noise and Deep Sleep Sounds.

Who is behind the popular offerings is a bit of a mystery.

To date, the major podcast networks have yet to pile into the field, leaving independent creators to serve the growing market. Curiously, while most podcasters clamour for public attention, the white-noise podcast creators remain a tight-lipped group. Requests to speak with multiple shows, even those with a contact form, were declined or went unanswered. In one case, the name of a website’s owner was hidden — its host was listed, improbably, as “Earth”.

Only a year after an inevitable entry into the audio space, the platform is ditching podcasts
News
1 month ago

Those who did respond to interview requests say they are making good money, winning over fans and marvelling at the power of podcast distribution. Collectively, the shows represent a burgeoning and lucrative podcast genre.

Todd Moore, a Florida Keys resident, quit his cybersecurity job in 2009 to focus full-time on an app, which he named White Noise. In 2019, he launched a podcast named Tmsoft’s White Noise Sleep Sounds, using Anchor, Spotify’s free podcast-hosting software. Moore says that his white noise show now gets about 50,000 listens a day — a figure that would rank in the top 25% of all podcasts, according to Marshall Williams, partner and chair of the podcast ad agency Ad Results Media.

Moore and his white-noise team — yes, he has five employees and contractors — offer a subscription plan. But most people listen to the free, ad-supported version. Because Moore doesn’t want to interrupt the calming aura of his show, he opts to include only preroll ads. Anchor manages the commercial load and pays Moore $12.25 per thousand listens, which adds up to about $612.50 per day, or about $18,375 per month.

“I never thought writing a little app on a weekend would turn into my full-time life,” Moore said. “You just never know.”

What began as essentially a cozy sound blanket for his baby, now regularly pops up around the world on Spotify’s charts of the most popular podcast episodes

In 2019, Brandon Reed, a Walt Disney employee who lives in Florida, started using Anchor to host some white-noise programming that he hoped would help his baby son fall asleep. Reed wasn’t aiming to build a successful podcast, he said, but soon the Spotify algorithm started pushing people to his show, 12 Hour Sound Machines (no loops or fades). That year, he created three free episodes filled with hours of static noises.

Now, three years later, about 100,000 listeners play his show daily. What began as essentially a cosy sound blanket for his baby, now regularly pops worldwide on Spotify’s charts of the most popular podcast episodes. Last year, Reed’s show made the top charts in four countries.

“I didn’t even intend for people to listen to this,” he said.

At one point last year, it climbed to number 15 on the top podcast chart, putting him in the company of programmes such as Dax Shepard’s Armchair Expert and the New York Times’ The Daily.

His inadvertent hit has also made the charts on Apple’s Podcasts app and has reached more than 26.6-million total listens, he said. Reed now offers a $2.99 monthly subscription, which gives paying customers access to additional sounds and the ability to request new ones. When a chiropractor needed railroad clacking for an anxious patient, Reed went out and captured it. So far, he’s made more than $10,000 through subscriptions.

White-noise fans tend to be fiercely loyal, Reed says. One time, he changed the frequency of a static track and afterward he heard from a regular listener frantically begging him to change it back because it was the only sound that would put their baby to sleep.

“What’s funny is how important this has become to people,” Reed said.

Though Spotify appears to have stumbled into the demand for white-noise podcasts,  all the networks are looking for new hits and are courting a wider array of creators. Last year, Apple Podcasts introduced subscriptions ahead of Spotify. Meanwhile, Amazon.com is investing in meditation and other wellness-related podcasts that will be exclusively available through Amazon Music.

The internet giant has built a decades-long lead in wearables, tightly integrating design with engineering
Opinion
1 month ago