A restart of Ant’s IPO ‘too good to be true’ 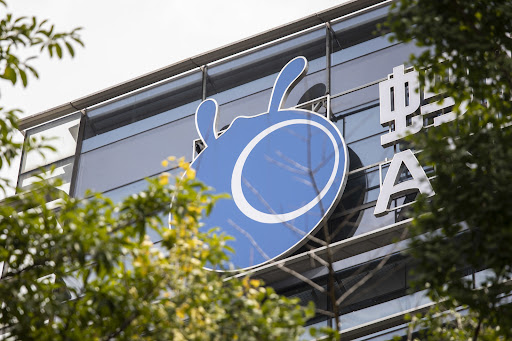 Shares of the e-commerce giant dropped as much as 5.3% at Thursday, after shooting up 7% in premarket trading on the Bloomberg report. The stock quickly erased earlier gains after the China Securities Regulatory Commission said it isn’t conducting work on reviving the Ant IPO, although it supports eligible internet platform companies to list in China and overseas. Meanwhile, Ant said it has no plans to initiate an IPO.

Other US-listed Chinese stocks also fell, sending the Nasdaq Golden Dragon China Index down as much as 5.8%, snapping a three-day rally of 15%. Nio and Bilibili were among the worst performers amid earnings, declining as much as 9.5% and 15% respectively. Restaurant operator Yum China Holdings tumbled as much as 11%.

A restart of Ant’s IPO is “too good to be true” and “there are a lot of questions to be answered on the political side”, said Xiadong Bao, an emerging-markets fund manager at Edmond de Rothschild Asset Management. While Alibaba’s stock still looks cheap after the recent rally, more patience is needed before further improvements on fundamentals, he said.

Bullish calls are returning to China’s tech sector amid signs that regulators are taking a more lenient line after more than a year of regulatory squeeze. Chinese stocks have staged strong rallies in Hong Kong and New York this week following news of a likely wrap-up of a probe into Didi Global and a slew of new game approvals.

The sudden scuttling of Ant’s IPO in November 2020 — just days before the fintech juggernaut was to go public — marked the beginning of China’s hallmark regulatory crackdown that has swept across the country’s internet sector. The crackdown has seen foreign investors flee and the sector labelled “uninvestable”. Alibaba owns about a third of Ant.

“We were only saying a few days ago that if Ant was rehabilitated, it would mark a major positive. This, in a sense, was where the trouble started,” said Gary Dugan, CEO of the Global CIO Office. “If true, it would be very good news and a major potential turning point for the China tech sector and broader Chinese markets.”

While many strategists have started to turn bullish from late 2021, citing cheap valuation and expectations of better policy environment, a sustainable rally had seemed elusive with rebounds barely lasting a few days. Goldman Sachs and Jefferies Financial have been among the early believers of a China turnaround, only to see the Hang Seng Tech Index slide to new lows.

Sentiment took a turn for the better in mid-March this year, when China’s economic head — Vice-Premier Liu He — promised to swiftly end tech scrutiny, stabilise financial markets, and deploy measures to prop up the economy. While the pledges initially seemed to ring hollow with no concrete action, increasing signs are pointing to a softening in the country’s stance towards internet firms.

The Ant news “is a sign that regulators are following through on their pledge to end the crackdown on tech platforms, which will continue to improve sentiment on the sector”, said Marvin Chen, analyst at Bloomberg Intelligence. “Potential revival of the Ant IPO may also help support financial markets in the region as fundraising activity has dried up this year.”

Still, the number of strategists and money managers saying it’s time to buy China has been growing by the day, with even the most bearish participants seeing opportunities, at least for the short term.

Various market indicators also suggest the nascent rally in both local and overseas-listed Chinese shares may have further momentum, partially aided by the lifting of Covid-induced lockdowns in Shanghai and Beijing. The tech gauge in Hong Kong has breached its 50-day and 100-day moving averages, key technical hurdles that indicate more gains may be in store.

The market might be reading too much into the news flow around the potential revival of Ant’s IPO, but the Chinese government has clearly become more supportive to its internet sector, according to Jian Shi Cortesi, a portfolio manager at GAM Investment Management.

“The regulation risk has peaked, but most investors need more and more confirmation of that,” she said.

A year after Beijing reined in his empire, the billionaire Alibaba e-commerce tycoon is taking a low-key trip to Europe
Companies
8 months ago
Next Article

Alibaba revenue grows slowest since 2014 on sales drop and competition

Alibaba revenue grows slowest since 2014 on sales drop and competition