Rajesh and Atul Gupta are wanted in SA on fraud and money laundering charges, and were detained after Interpol placed them on its most-wanted list 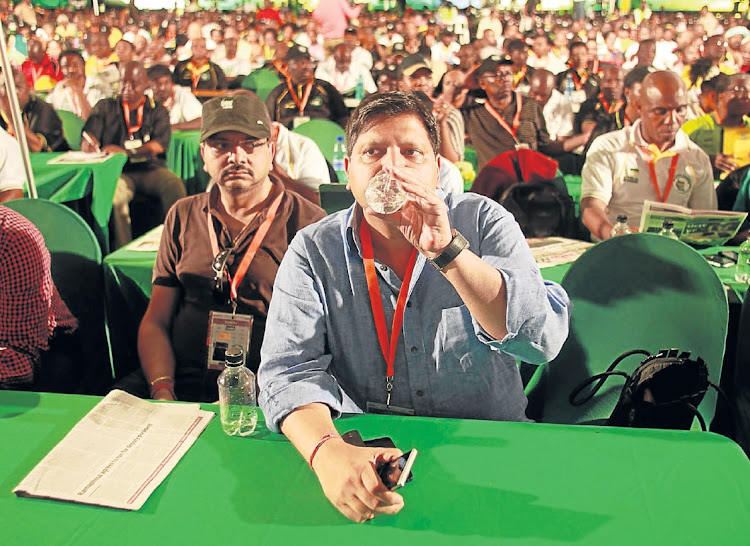 The United Arab Emirates (UAE) is considering handing over Rajesh and Atul Gupta, who are wanted in SA for allegedly masterminding the looting billions of dollars from state entities.

Emirati and SA authorities are discussing the extradition of the brothers following their arrest in the UAE, the Dubai police and SA’s state prosecutor said on Tuesday. The two men, who are wanted in SA on charges of money laundering and fraud, were detained after Interpol placed them on its most-wanted list, in February.

The arrests are the most significant step yet in SA’s efforts to hold businesspeople and officials to account, who are accused of corruption during former President Jacob Zuma’s nine-year rule that the government estimates cost the state R500bn. The rand was one of only three emerging-market currencies to gain against the dollar on Tuesday.

A judicial inquiry into state graft spanning more than three years detailed close links between the Guptas and former President Jacob Zuma, with numerous witnesses alleging they worked hand-in-hand to siphon money out of state transport, power and arms companies and jointly decided who was appointed to the cabinet. The Gupta brothers and Zuma have always denied the allegations.

The arrests come a year after the UAE ratified an extradition treaty with SA. President Cyril Ramaphosa’s administration first asked the Emirati authorities to extradite the two brothers in 2018, and the US imposed restrictions ranging from visa bans to asset freezes on them and another brother — Ajay Gupta — in 2019. The UK followed suit in 2021.

The UAE is under pressure to do more about tracking the money that enters the country. The Financial Action Task Force, a Paris-based organisation set up by G7 countries to combat money laundering, put the UAE on its “grey list” of jurisdictions that don’t do enough to uncover illicit funds, on March 4. SA has meanwhile been warned that it will be included on the list unless it tightens up its controls.

The arrests reflects the “continuous efforts” by the UAE to combat money laundering, the Dubai police said in a statement.

The UAE’s legal processes require a country seeking extradition to provide a legal file containing charges and evidence within 60 days of an arrest, said Habib Al Mulla, a partner at the Dubai-based Baker & McKenzie Habib Al Mulla law firm, who isn’t part of the case. The Public Prosecution would then make a determination as to whether the extradition goes ahead, and the accused could potentially file an appeal, he said.

The arrests are good news for Ramaphosa. Besides bolstering his claim that he is committed to tackling graft, they will also serve as distraction from allegations that he sought to cover up the theft of cash from his game farm in the northern Limpopo province in 2020. He has denied any wrongdoing.

The Guptas first came under scrutiny in 2013, when it emerged that the family were allowed to use a secure military base to land a plane ferrying wedding guests to a lavish event at Sun City.

They and their allies were subsequently linked to the plunder of funds from Eskom and Transnet. Both companies continue to perform sub-optimally, to the detriment of the entire economy.

The Guptas were also accused of playing a part in Zuma’s decision to sack Nhlanhla Nene as his finance minster and replace him with little-known MP Des Van Rooyen — a move that caused the rand to crash. Van Rooyen was removed after four days following public outcry.

In 2016, then-public protector Thuli Madonsela was asked to probe the dealings between Zuma, the Gupta family and state-owned entities and produced a damning 355-page report, called “State of Capture”. With Zuma still clinging to power, a vast trove of emails and documents between the Guptas and their associates was leaked in 2017. The governing ANC forced Zuma to quit in February 2018 to stem a loss of electoral support and the Guptas fled SA for Dubai.

SA authorities filed charges against the brothers later in 2018 in connection with a questionable tender to undertake a feasibility survey on a dairy project in the Free State, in which a company they controlled was paid R21m. That case is still before the courts.

Rajesh and Atul Gupta have SA’s smartest lawyers to defend them in Dubai, while the NPA and justice department are woefully unprepared to seize this ...
Opinion
1 month ago

If there’s one person who will savour the  moment, it is President Cyril Ramaphosa, for whom these arrests couldn’t have come at a better time
Opinion
4 weeks ago