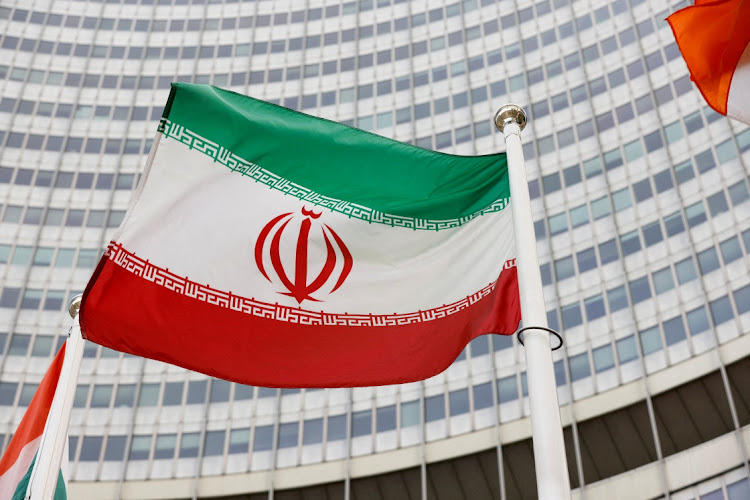 Iran moved to further restrict the information that international nuclear monitors can access as diplomats prepare to formally censure the nation for failing to co-operate with investigators.

Authorities in Iran are disabling cameras connected to the Online Enrichment Monitoring system, according to the state-run Islamic Republic News Agency. The International Atomic Energy Agency (IAEA) says the cameras were installed at the Natanz enrichment plant and form part of Iran’s 2015 agreement with world powers.

The agency’s 35-member board of governors is convening this week in Vienna, and could vote to censure Iran as early as Wednesday after diplomats criticised the country for “systematic insufficient co-operation” with IAEA monitors. Inspectors are demanding Tehran step up assistance to their investigation into uranium traces detected at undeclared Iranian sites.

Disabling the cameras is a largely symbolic move ahead of the impending vote as Iran had already ceased providing agency monitors with data from the machines a year ago, as part of its gradual retraction of inspection powers granted under the 2015 agreement. But the move — and any censure — will further sour the mood around stalled attempts to resurrect the 2015 accord.

The so-called OLEM technology was developed by US laboratories and the IAEA to help account for Iran’s stockpile of enriched uranium. The Atomic Energy Organisation of Iran said disabling the cameras was in response to the IAEA “taking Iran’s co-operation for granted,” IRNA reported.

Behrouz Kamalvandi, a spokesperson for the Iranian organisation, said on state television that most of the IAEA’s cameras continued to operate, while leaving open the possibility of additional monitoring restrictions. An IAEA spokesperson did not reply to a request for comment. 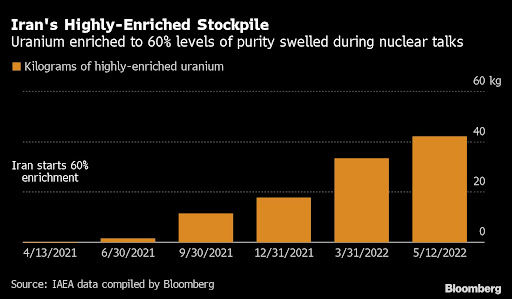 The 2015 nuclear accord, known as the Joint Comprehensive Plan of Action (JCPOA), granted Tehran sanctions relief in exchange for limiting its atomic activities but has all but collapsed since then-US president Donald Trump withdrew the US three years ago, prompting Iran to retaliate by expanding its enrichment work.

Even as the Biden administration confirmed this week that it still saw a deal with Iran as the best-possible way to prevent the country from obtaining nuclear weapons, negotiations to reboot the deal have continued to flounder since March. Since then, probabilities of agreement have diminished and rancour between Iran and western nations has increased.

“Something has got to give and right now momentum is on the side of JCPOA spoilers,” said Ellie Geranmayeh, who directs Iran analysis at the European Council on Foreign Relations. “President Biden and Iran’s leadership must now find a political ladder to climb down unless they want to give a major victory to those who have sought escalation between Tehran and Washington.”

In a joint statement late on Tuesday, France, Germany and the UK — all signatories to the accord — said they were “deeply concerned about the continued nuclear advances”, which “risk unravelling the deal that we have so carefully crafted together.”

While the censure motion will probably pass on the back of European and US support, China and Russia have already come out against it. Other board members including India, Pakistan and SA have historically abstained.

“The West feels it has to take action in response to Iran’s withdrawal of co-operation with the IAEA,” said Gaukhar Mukhatzhanova, a director at the Vienna Center for Disarmament and Non-Proliferation. But discord among big powers may not ultimately help inspectors, she said.

“The board is so divided on the issue, with major states sending a message with their votes that they are not convinced the matter is urgent,” said the analyst. “This could undermine the agency’s future efforts in getting Iran to co-operate.”

Ukraine said the strike hit a rail car repair works, while Moscow said it has destroyed tanks
World
4 weeks ago