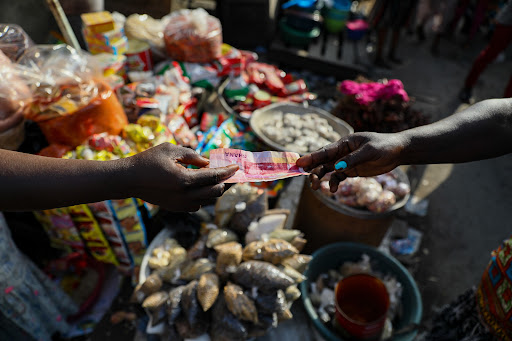 Ghana’s inflation rate jumped to its highest level in more than 18 years in May as food and transport costs surged.

Annual inflation accelerated to 27.6%, the fastest pace since January 2004, from 23.6% in April, government statistician Samuel Kobina Annim told reporters Wednesday in Accra, the capital. The headline inflation rate is more than double the upper ceiling of the central bank’s target band of 6%-10% and has been above that range for nine months. Prices jumped 4.1% in the month.

Ghana’s central bank raised its benchmark interest rate on May 23 by 200 basis points to 19% — the highest since 2018 — to stem a steep increase in food and fuel prices triggered by Russia’s invasion of Ukraine. The aggressive hike followed similar moves by other emerging markets from Egypt to SA, which are raising borrowing costs to rein in surging prices.

Food prices in Ghana climbed 30.1% from a year earlier, compared with a 26.6% increase in April. Nonfood inflation accelerated to 25.7%, from 21.3% in the previous month, with transport costs surging 39%.

The introduction of a 1.5% tax on electronic payments, which was approved by parliament in late March to help the government reduce its budget deficit added to the inflationary pressures .

“The cost pressures continue to be strong in the month of May and with the impact of the E-levy,” Courage Martey, an economist with Accra-based Databank Group, said ahead of the release. “We expect inflation to rise above 24%. The high level of increases in energy prices will push annual inflation higher.”

Bank of Ghana Governor Ernest Addison has also warned that the inflation rate may climb further in the coming months, albeit at a slower pace.

Africa is heavily dependent on grain supplies from Russia and Ukraine that have been badly disrupted since Russia invaded its neighbour 100 days ago.
World
1 month ago
Next Article