On Monday, the UK prime minister barely survived a confidence vote, with more than 40% of his MPs against him 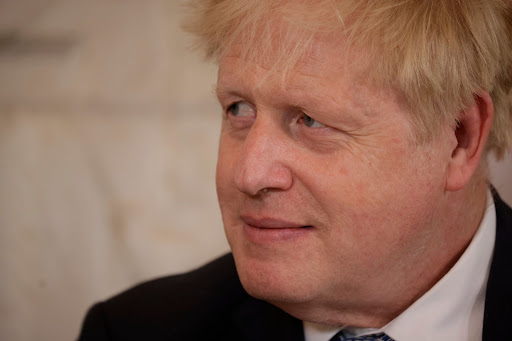 Boris Johnson plans to press ahead with legislation giving him the power to override parts of the Brexit deal, three people familiar with the matter said, a move likely to anger some of his MPs and the EU

The prime minister’s battle to retain the leadership of the UK’s ruling Conservatives had raised questions about whether he would be forced to abandon some of his more controversial policies. On Monday, he barely survived a confidence vote, with more than 40% of his MPs against him.

But moments after a result that has left him severely weakened, Johnson pledged to “bash on,” arguing the “decisive” vote confirmed his mandate to lead. Going ahead with Northern Ireland legislation, giving ministers the power to unilaterally rewrite post-Brexit rules in the region agreed with the EU, would signal to his MPs that he’s not backing away from his core agenda.

The draft bill may be presented to the House of Commons as soon as Thursday, though the timing may slip, the people said on condition of anonymity. Officials signalled in May that the government was eyeing the fortnight following June 6 to introduce the legislation.

A delay beyond that would bolster the impression that legislating has been made much more difficult by Johnson’s narrow victory in the confidence vote, which laid bare the strength of opposition to him within the party.

The government still wants to push the bill through the UK’s lower House of Commons before Parliament breaks at the end of July, the people said. Even so, it probably would not enter law for another year because it is expected to face strong opposition in the upper House of Lords.

One risk for Johnson is that the plan could exacerbate Tory divisions. While taking a hard line with the EU plays with the Brexiteer wing of his party, ripping up the deal Johnson agreed on with the bloc is a red line for some MPs.

The move also comes at a sensitive time given the cost of living crisis, with a retaliatory move by the EU potentially disrupting trade and raising prices.

The EU will likely move quickly to launch an infringement procedure against London, suspend their trade agreement, freeze the privileged access UK companies have to the bloc’s single market and halt talks over the status of Gibraltar, according to another person familiar with the matter.

“Unilateral action is not conductive to good relations internationally, and unilateral action to undermine an agreement that people solemnly entered into is not good practice,” Johnson’s Irish counterpart Micheal Martin told reporters in Strasbourg on Wednesday, appealing to the UK to engage with the EU.

Johnson’s government has long been pushing to rewrite the Northern Ireland Protocol, which keeps the region in the EU’s single market while creating a customs border with the rest of the UK. It argues that when it signed the deal, it didn’t expect the EU to implement it so rigorously.

The protocol has angered unionists in Northern Ireland because it treats the region differently to the rest of the UK.

But the plan to effectively rip up the protocol has been met with fury from EU member states as well as senior politicians in the US, who have urged for peace and stability in Northern Ireland not to be jeopardized.

In a pooled interview Tuesday, foreign secretary Liz Truss said the proposed legislation will create “green lanes” for goods intended to stay in the UK and a separate “red lane” for trade flowing into the EU. That, she said, will protect the EU single market while allowing goods to circulate freely within the UK.

According to two of the people familiar with the matter, the bill sets the framework for the protocol to be changed. Secondary legislation, which lets a minister make a direct change without needing the active approval of Parliament, can then be introduced to determine the details, including which goods can flow through each lane.

The legislation will also replace the European Court of Justice with the UK courts as the ultimate arbiter over legal disputes, one of the people said.

The approach is unlikely to be accepted by the EU. Maros Sefcovic, the bloc’s chief Brexit negotiator, has repeatedly said that he would not renegotiate the protocol, which is a legally binding international agreement.

Any decision to retaliate would require the backing of all 27 member states. A suspension of the UK-EU trade deal would effectively lead to the type of “no-deal Brexit” the accord was meant to avoid.