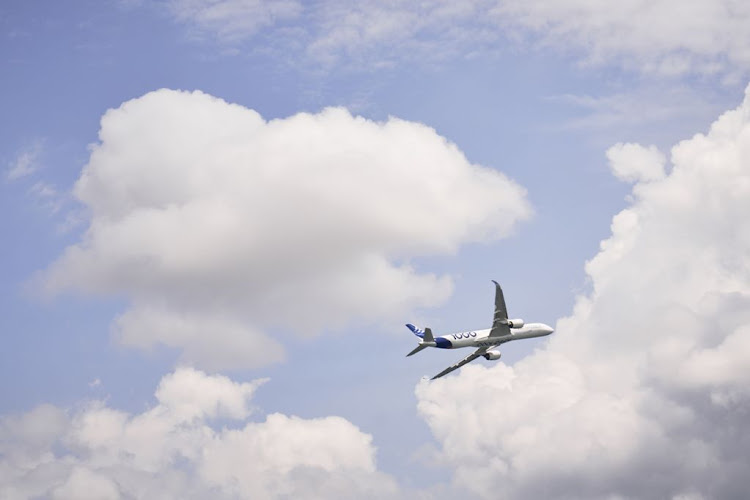 For more than two years, the main topic of conversation pretty much everywhere has been about the effect of Covid-19. Now that the worst of the pandemic seems to be over and people are travelling more freely again, another hot topic is: expensive plane tickets.

People are looking for flights — sometimes their first in years — in a rush of what has been termed “revenge travel”. “The demand is off the charts,” Delta Air Lines CEO Ed Bastian said at an industry conference last week, noting that fares this summer may be 30% higher than prepandemic levels. “It’s coming with leisure, it’s coming with premium customers, it’s coming with business, it’s coming with international. It doesn’t matter what the category is.”

The trend is across geographies, though some places are more squeezed than others. Searches for a return economy-class ticket between Hong Kong and London on Cathay Pacific Airways in late June turn up prices as high as HK$42,051 ($5,360), which is more than five times the typical cost before the pandemic. Direct flights between New York and London around the same time cost more than $2,000 in economy class.

“Ticket prices are really expensive these days,” said Jacqueline Khoo, who works in tourism. Her company paid S$5,000 ($3,632) for a colleague’s return trip with Singapore Airlines to Hamburg later in June. That used to cost about S$2,000, she said. “It’s really amazing that an economy seat ticket would cost you so much.”

A Mastercard Economics Institute study found the cost of flying from Singapore was on average 27% higher in April than in 2019, while flights from Australia were 20% more.

There are several reasons for the higher fares.

Carriers are cautious about bringing back all their idled jets, even though most countries have eased cross-border restrictions. That is particularly true for giant aircraft such as Airbus’s A380 superjumbos and Boeing’s older 747-8s, as airlines turn to more fuel-efficient models such as A350s and 787 Dreamliners.

Carriers also scaled down their networks during Covid-19, none more so than Cathay, which has been hemmed in by Hong Kong’s onerous travel and quarantine rules. That has left people considering lengthy journeys with one or more stopovers, whereas before they might have flown direct. British Airways does not even fly to Hong Kong at the moment.

With fewer planes in the skies, there are fewer seats to meet the recovery in demand, which has pushed up fares. 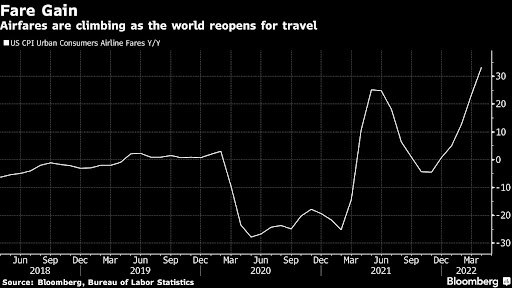 Russia’s invasion of Ukraine has worsened a steady rise in crude oil prices over the past 18 months. Jet fuel now represents as much as 38% of an average airline’s costs, up from 27% in the years leading to 2019. For some budget airlines, it can be as high as 50%.

Spot jet fuel prices in New York have soared more than 80% this year, though prices vary from region to region depending on refining costs and local taxes. Many US carriers have been able to cover the increased fuel costs so far, but only by passing them along to travellers in the form of higher fares.

Higher ticket costs do not seem to be dissuading people from making trips now that many travel restrictions have eased. Some consumers are tapping dormant holiday budgets and upgrading to more expensive aircraft cabins for leisure trips, the International Air Transport Association’s director-general Willie Walsh said in May.

The so-called revenge traveller is “an individual that has been emotionally affected by the lockdowns and has craved travel over the last two years and they’ve dreamt about it”, said Hermione Joye, sector lead for travel in Asia Pacific at Alphabet’s Google. “They are very spontaneous.”

Hundreds of thousands of pilots, flight attendants, ground handlers and other aviation workers lost their jobs over the past couple of years. With travel picking up, the industry now finds itself unable to hire fast enough to allow for seamless operations at its prepandemic levels.

Singapore’s Changi Airport — regularly voted the world’s best — is looking to recruit more than 6,600 people. Many workers who were let go have found other, less volatile careers, and are unwilling to come back to a cyclical industry.

In the US, smaller regional airlines cannot fly at full capacity because bigger carriers have hired away too many pilots. Hundreds of flights have been cancelled in the UK, scuppering holiday plans and leading to long delays and scenes of passengers sleeping at airports. In Europe, major airports have faced delays and cancellations after failing to hire adequate staff. That has disrupted airline schedules and added to costs.

Aviation is a capital-intensive industry with historically wafer-thin margins. Covid-19 has made that operating climate even more challenging: globally, airlines lost more than $200bn in the three years to 2022.

Elevated fares provide carriers with a path to recover from losses and return to the black.

It’s unclear how long these high prices will persist, even as many travellers seem willing to pay up.

“The rise in prices is a short-term phenomenon,” Stephen Tracy, COO at Milieu Insight, a Singapore-based consumer insight and analytics firm says. “Let’s all just hope that once these things equalise again, the prices come back down. I am fairly confident that they will.”

Airline in talks to secure funding after being grounded for the second time in just over two months but there’s no certainty when it will take to the ...
Business
3 weeks ago