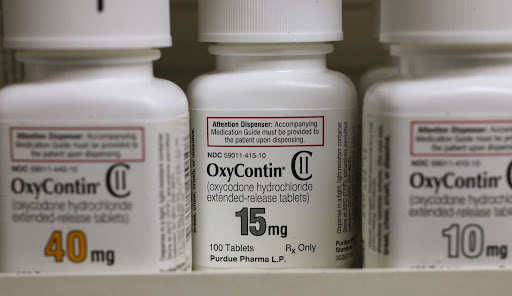 The attorney-general of the US state of Connecticut, William Tong, said he would ask the state’s top prosecutor to consider criminal charges against members of the billionaire Sackler family, over improper marketing of the opioid painkiller OxyContin by their company, Purdue Pharma.

While the Sacklers agreed in March with Connecticut and other states to pay as much as $6bn to resolve all opioid lawsuits against Purdue and themselves as part of a bankruptcy case, that deal does not preclude prosecutors from exploring a criminal case.

In an interview with Bloomberg News on Monday, Tong said he would make a referral to Patrick Griffin, the new chief state’s attorney, to decide whether to prosecute. Tong said he would turn over materials gathered over the years about the Sacklers’ oversight of OxyContin sales and funds they shifted out of Purdue.

“We’ll ask him to look at all aspects of our case against the Sacklers,” said Tong, who does not have the power under state law to bring criminal charges.

Members of the Sackler family involved with Purdue have steadfastly denied they did anything wrong while overseeing the company, although at least one family member apologised in 2021 for the role OxyContin played in the public-health crisis spawned by the US opioid epidemic.

A spokesperson for Griffin said the division of criminal justice “is reserving comment until it receives and has had time to review the inquiry”.

Purdue, which filed for bankruptcy, and the Sacklers had hoped the deal resolving civil claims by states and local governments would resolve their legal woes over opioids, which the government says caused about 500,000 overdose deaths in the US in the past two decades.

It isn’t the first time criminal charges have been sought by Tong, who has clashed repeatedly with the Sackler family over the years and was among the last state attorneys-general to sign off on the civil settlement reached in bankruptcy court.

In 2020, Tong said, he had asked former Connecticut chief state’s attorney Richard Colangelo Jr to consider bringing criminal charges against the family. Tong said he did not hear back about his request.

The attorney-general, who described the Sacklers in the past as “entitled thugs”, said he had not changed his opinion of them even after agreeing to the deal. “I still think they are some of the worst people on earth,” he said.

Purdue and its units have twice before pleaded guilty to criminal charges tied to the drugmaker’s OxyContin marketing, Tong said.

In 2007, three executives were sentenced to probation and the Purdue Frederick unit paid $600m to resolve the federal government’s allegations the company misled regulators, doctors and patients about OxyContin’s risk of addiction and its potential to be abused.

Thirteen years later, Purdue agreed to settle federal claims that the company again illegally marketed the highly addictive painkiller. As part of that deal, Purdue pleaded guilty to felony charges that it sought to defraud the US and conspired to violate federal anti-kickback laws.

“You would have thought they would have gotten the message after 2007,” Tong said. “Instead, they poured gasoline on it.”

Purdue Pharma filed for Chapter 11 bankruptcy in 2019 after being swamped by opioid lawsuits. No member of the Sackler family has been involved in managing Purdue since before the bankruptcy filing.

Under a proposed settlement of its opioid liabilities, the company would channel billions of dollars — largely from its owners — to addiction-abatement efforts. The Sacklers that own Purdue would also relinquish their equity in the company and eventually exit the opioid business entirely in exchange for insulation from future opioid lawsuits.

A bankruptcy judge approved the deal in 2021, but it was later overturned on appeal. A higher court is currently reviewing the settlement.

The family has struck a deal worth $6bn with the dissenting states, says a mediator in Purdue’s bankruptcy case
News
4 months ago

Old-school businesses, like many in Berkshire's portfolio, are looking really attractive
Opinion
4 months ago

Distributors say 42 states, five territories and Washington have signed on to deal resolving claims they fuelled opioid epidemic
Companies
9 months ago
Next Article